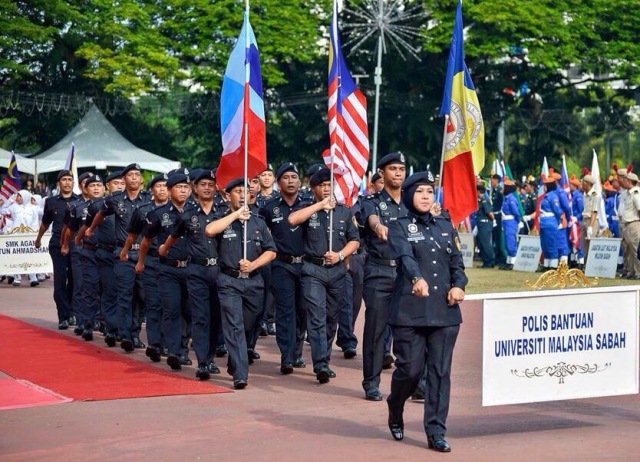 “I am pleased with the dedication shown by all the members and would like to thank them for their commitment in upholding the reputation of UMS,” said Insp. (AP) Rakam Singh.UMS took home a trophy, certificate and cash prize of RM1,000. Insp. Rakam added that they identified their shortcomings to achieve greater success in future.He thanked the management of UMS in particular the Vice-Chancellor, Professor Datuk Dr. Mohd Harun Abdullah; Head of Security UMS, Lt. Col Abdul Talib Ariffin and Acting Registrar of UMS, No’man Datuk Ahmad for their trust on the team and to represent UMS at the parade. – (fl)