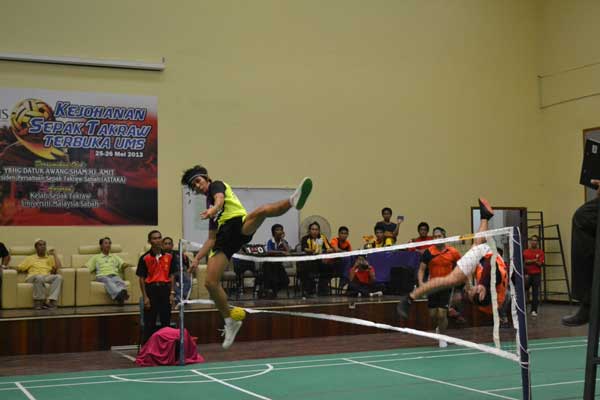 WEDNESDAY, 29 JANUARY – 1Kal contingent topped the list of teams in the 14th UMS Staff Sports Championship by collecting 162 points in the Phase 1 of the championship which took place at Universiti Malaysia Sabah (UMS) Labuan International Campus over the weekend.

He disclosed that UMS was one of the main challengers in the Public Varsity Staff Sports Championship; thus athletes should ensure that UMS be in the radar of teams to be reckoned with in the sports arena.

“In addition to winning, athletes must also take the opportunity to strengthen the existing cordial relationship among staff of this university in this championship,” he added. His speech was read by Deputy Vice-Chancellor (Student Affairs and Alumni), Assoc. Prof. Datuk Dr. Kasim Hj Md Mansur.

Phase 2 of the Championship would be held from 13-15 February at the main campus in Kota Kinabalu. – SS & MA (FL)