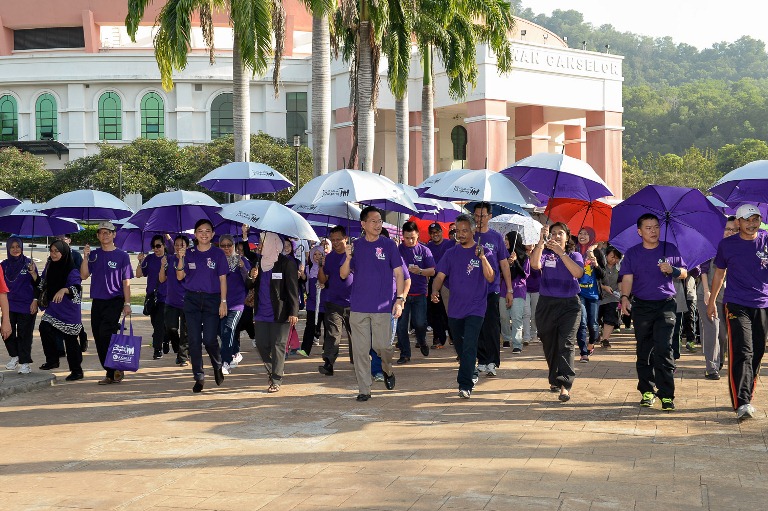 MONDAY, 22 SEPTEMBER – The ‘Walk-A-Payung’ campaign which was participated by more than 4,000 people at Universiti Malaysia Sabah (UMS) recently was able to raise awareness to the society about Lupus.

Vice-Chancellor, Prof. Datuk Dr. Mohd. Harun Abdullah said the Systemic Lupus Eritmatosus (SLE) or Lupus was not a disease which was often heard but was now estimated to affect more than 5 million people worldwide.

“The study by the Malaysian SLE Association found that more than 10,000 people is diagnosed with this disease. We believe there are still many others who suffer from this disease but has not been confirmed because each patient has different symptoms whether mild, moderate or severe, and this symptoms can come and go,” he said.

He was speaking during the official opening ceremony of the Lupus Awareness Day and the ‘Walk-A-Payung’ Campaign at Dewan Canselor (Chancellor Hall) UMS.

According to Datuk Harun scientists and doctors around the world still do not know the exact cause of the disease until now.

However, he said that the study showed that it was hereditary, genetic and other factors such as environmental such as exposure to sunlight, hormone, stress and germ infection was the risk cause of this disease.