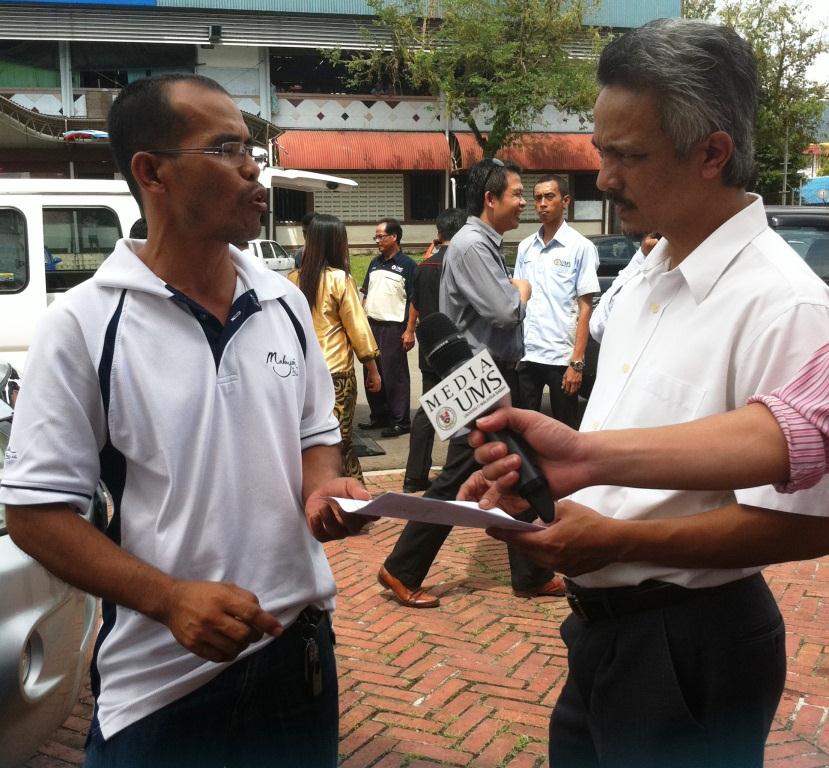 FRIDAY, 04 OCTOBER – Community Head Habil bin Nasiril, 40 thanked all those who had contributed to the welfare and needs of the recent Kg, Numbak fire victims. The fire which engulfed the whole village had left a total of 600 people from 74 families homeless.

According to Habil, to date the fire department has yet to confirm the cause of fire that had razed all 57 houses to the ground. At present, all fire victims have been given temporary shelter at the Menggatal Community Hall.

Habil’s younger brother Muhamad bin Nasiril, 38, perished in the fire and was the only casualty recorded. When asked about the tragedy, Habil said that Muhamad who was a bachelor was inside his bedroom sleeping when the fire broke out.

“We couldn’t save him as his bedroom door was locked and everything went very fast,” Habil added.

UMS handed contributions in terms of cash and kind for the fire victims to Habil where he brought the entourage to meet with the victims.

“We thank all for the contributions but we still need contributions from all parties,” he said when met by Chancellery Media, Universiti Malaysia Sabah (UMS) today.

Habil hoped that more concerned parties would come forward to help the victims.

The Kg. Numbak Humanitarian Aid was an initiative by the Media Division of UMS.