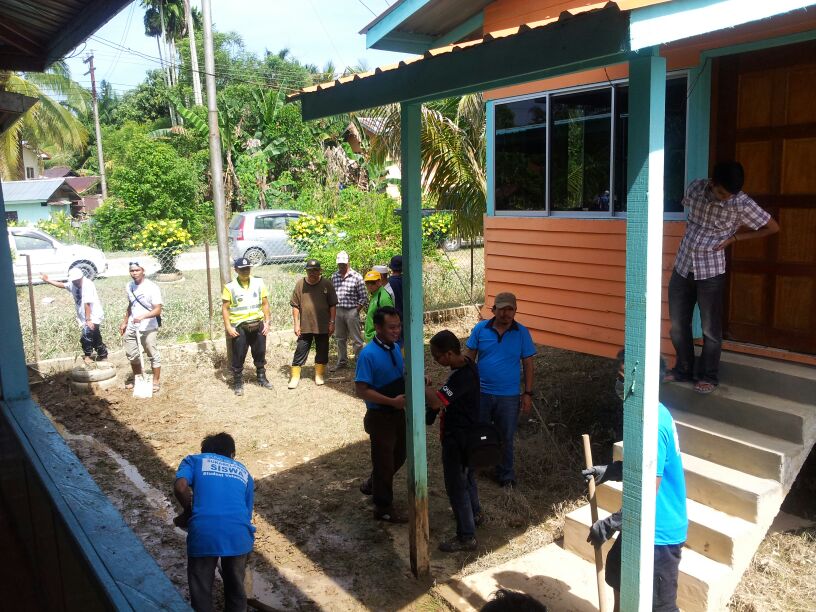 A total of 100 students led by UMS Student Representative Council (MPP), Fandyi Sanizan Jurup were involved in this activity for two days to clean up a few areas in Beaufort which were hit by floods in mid-February.

The first day saw volunteers cleaning the food stalls and Beaufort bridge which was the main area of residents travelling there.

The clean-up included the clearing of mud and debris brought in by the flood.

The second day had the volunteers working together to clean the areas surrounding Suasa Gadong Village which was filled with mud from the recent flood.

UMS students helped cleaned the mosque premises and nearby areas in an effort to help ease the burden of the residents.

Deputy Vice-Chancellor of Students Affairs and Alumni UMS, Assoc. Prof. Datuk Dr. Kasim Hj. Md. Mansur when met said that the involvement of students in volunteerism was very timely in training them and exposing them to community work.

“It is also an effort by the university towards producing a people student,” he said who is also MASKUM Deputy Chairman.