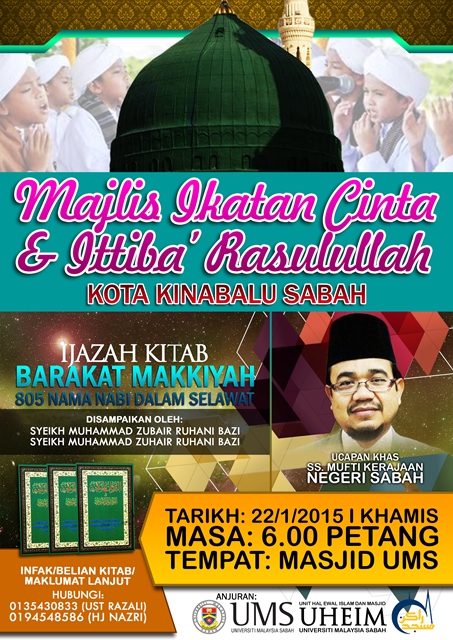 According to a statement issued by UHEIM, the event will begin at 4.30 pm with the recitation of ‘Selawat Barakat Makkiyah’ by about 200 students of Tahfiz al-Quran and Pusat Latihan Dakwah Islamic Development Department of Malaysia (JAKIM).

The event, organised in conjunction with the celebration of Maulidur Rasul UMS level also included a talk on ‘Hakikat Ittaba’ which will be presented by Maulana Razif Abd Wahab.