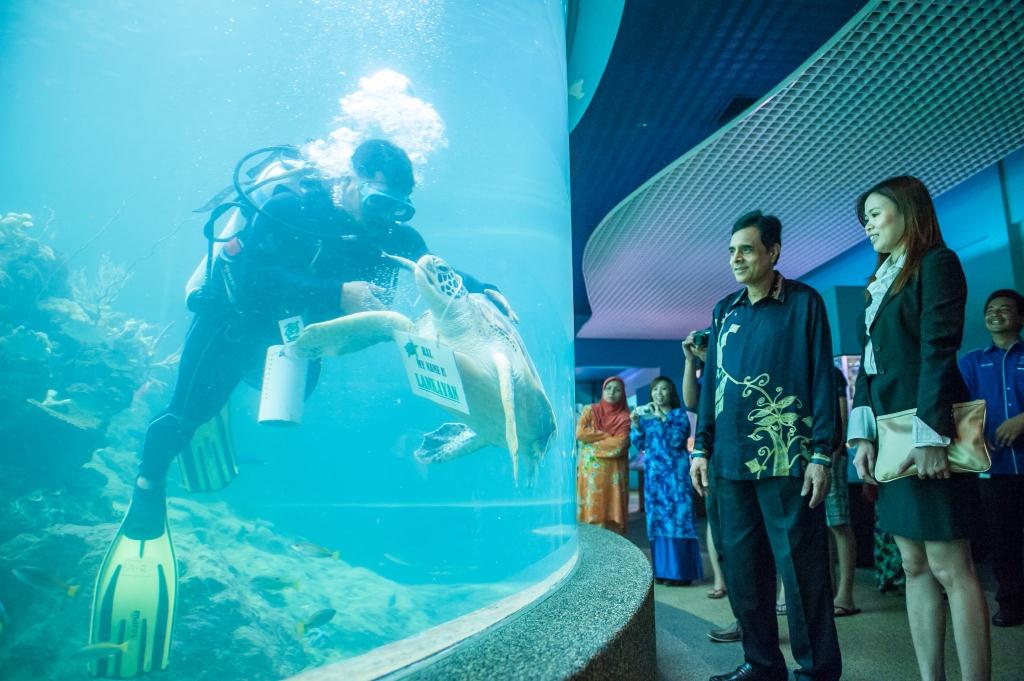 THURSDAY, 12 DECEMBER – Sabah waters became the venue of choice for turtle populations and migratory habitats and seen capable to enrich the marine ecosystem in the state.

According to the Director of Borneo Marine Research Institute (IPMB) Universiti Malaysia Sabah (UMS), Prof. Dr. Saleem Mustafa, their efforts in conserving the turtle population was not limited to the local ones but also globally.

According to him, in addition to playing an active role through knowledge and scientific research to create a proper management, IPMB was committed to bring awareness to the community on the importance of turtle population and the marine ecosystems.

“We believe that public awareness on turtles should be done more aggressively by using various approaches. Our efforts should not be limited to the celebration of World Turtle Day only,” he stressed.

He was speaking at the public debut of Green Turtle Hatchlings which was held at the IPMB Aquarium and Marine Museum today.

He added that in their effort to conserve the turtle populations, the move was widely seen as a marine biodiversity conservation process to sustain a clean and healthy marine ecosystem.

During the event, five green turtles hatchlings (Chelonia Mydas) were shown to the public for the first time for the purpose of teaching and learning. Also present was the Borneo Divers & Sea Sports Sabah Sdn. Bhd. Project Manager, Louise Lang. – ZMD