Doing Charity For Now and the Hereafter 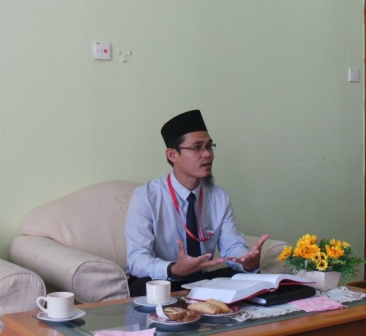 THURSDAY, 16 OCTOBER – In conjunction with the Charity Drive Programme of the Malaysian Islamic Economic Development Foundation (YaPEIM) and the Mosque and Islamic Affairs Unit (UHEIM) jointly organised a talk entitled ‘Planting the Seeds of Pahala Before Death Comes’.

The programme held at UMS Mosque on Wednesday was conducted by a speaker from YaPEIM, Norjasir Nasir.

In his talk, he said that the practice of doing charity not only contributed to being rewarded for those doing so, it also provided many benefits in community living.

“Among the benefits of doing charity was one of the solutions to address the problems of poverty, rid the resentments by the poor who may feel that their rights were stolen by the rich and to avoid criminal act,” he added.

Therefore, he advised all to cultivate the practice of doing charity and considered it as sowing the seeds of kindness.

“Practice doing charity in this world and enjoy the reward in the hereafter,” he urged.

The programme was attended by over 30 participants from UMS staff and students. – SM (fl)