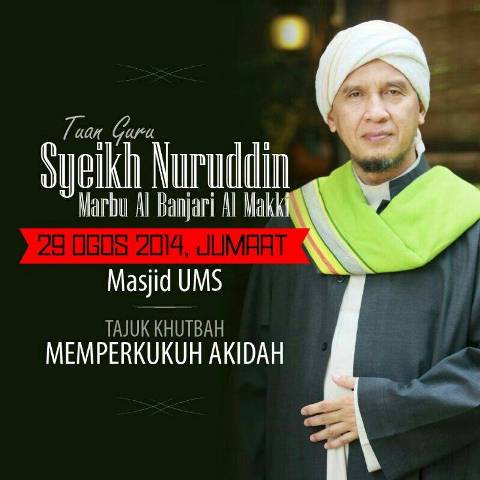 THURSDAY, 28 AUGUST – Universiti Malaysia Sabah (UMS) is inviting those in and around Kota Kinabalu to attend Friday prayers at UMS Mosque tomorrow, and for a sermon to be delivered by renowned ulama in this corner of the region, Sheikh Muhammad Nuruddin Marbu Al-Banjari Al-Makki.

Besides giving sermon at UMS Mosque tomorrow, he is also scheduled to deliver a Tazkirah Asar at the Kota Kinabalu City Mosque before heading to Tuaran to deliver a Kuliah Maghrib at Masjid An-Nur.