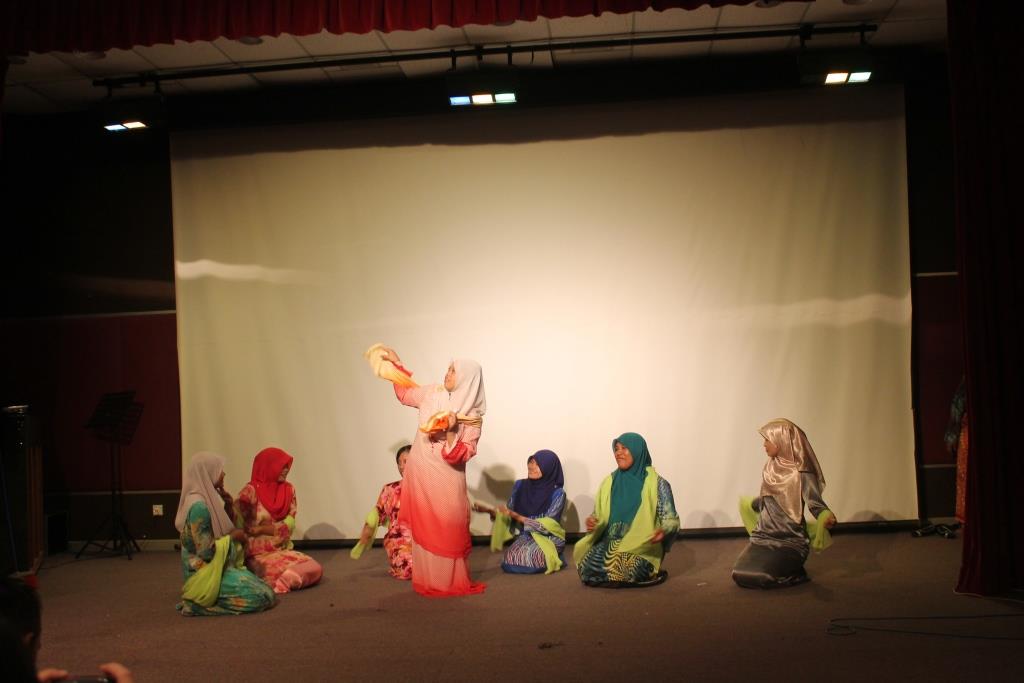 The programme conducted at the Theatrette Ahmad Nisfu, the School of Arts involved 80 undergrads divided into four groups based on their tutorial classes by a Tutor in the field of writing, Jasman Bandar.

The programme themed ‘Art Expression Smart Minds’ saw the first batch of Writing Subject undergrads presented a poetry performance which depicted real life story of undergrads in UMS, among them portraying the implementation of responsibilities and overcoming challenges to continue fighting to achieve success.

The second group presented the story of Mother’s Day, which taught audience to love and respect their parents. The story included element of moral values and teaching teenagers not to be easily influenced with negative culture surrounding them.

The third presentation entitled ‘If I Become Pig’ by staging skits with elements of satire and advice so as not to do as one pleases and to teach others not to be prejudiced of others regardless of race, religion, rank and position.

The fourth group performed the skit of ‘Bawang Merah dan Bawang Putih’, with the script creatively composed and made interesting when the actors were made up of men whilst the king was a woman. The story in this skit was to give lesson to the audience that for every action there would be a reaction.

In addition to fostering cooperation and the application of theoretical knowledge in the field of writing, the programme also aimed at boosting the morale and self-esteem and confidence of undergrads to express their views and acting in front of public, thus increasing the effectiveness of education conducted in UMS. - (fl)