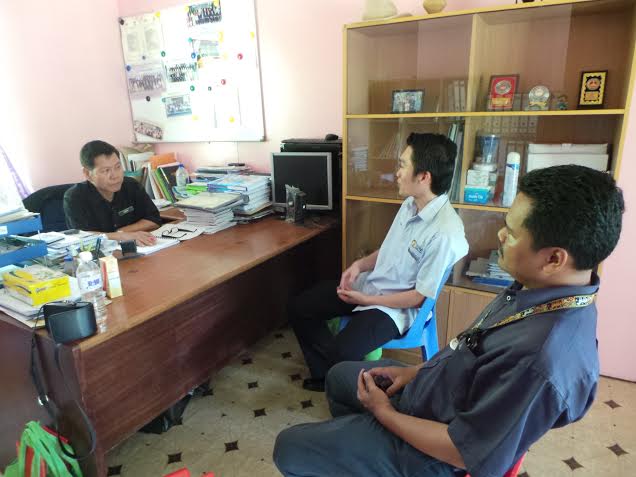 SATURDAY, 26 APRIL – Universiti Malaysia Sabah (UMS) continues to play its important role in raising public knowledge to all corners of the state.

A discussion focussing on several partnerships between UMS and the school was made.

Among them were SK Lokub to be made the hub for a variety of scholarly activities such as UPSR Motivation Camp, etc.

UMS is ready to play its role as the centre for knowledge and to ensure every participation by the rural communities and the rural areas.

The trip which took nearly two hours by road which were partly gravel was seen to have given a different experience for the group who had recently visited Sekolah Menengah Kebangsaan (SMK) Tamparuli.

Subsequent visits planned by the Media and Citra Division included SMK Tun Fuad Stephens; the only secondary school in Kiulu which began operating since 1968. – SS (fl)