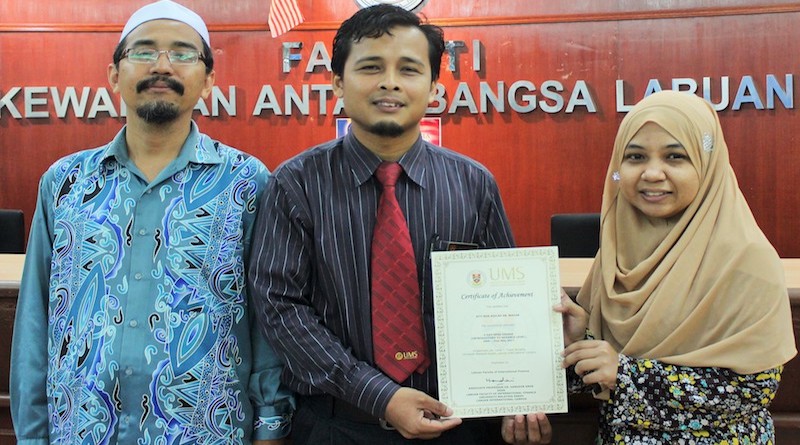 MONDAY,  5th JUNE 2017 - A total of 18 participants turned up for the SPSS programme conducted at the Labuan Faculty of International Finance (FKAL) in Labuan recently. SPSS stands for Statistical Package for Social Science. The SPSS programme was officially organised by the faculty that aimed at disseminating the key skill and knowledge of SPSS use for everyday research life that captures data analysis where publication is brought into play. The programme was first of its kind and formally ever organised by the faculty given the growing importance of research culture and publication at Universiti Malaysia Sabah (UMS) among its staff and students, along with an effort to put forward the income generation agenda. The substances of the programme were successfully delivered by the speaker of the SPSS coach, Assoc. Prof. Dr Hanudin Amin, who was also the dean of the faculty. Dr Hanudin shared not only the theoretical part of the research that relates to SPSS but also on how to bridge the gap between the literature and the SPSS data analysis. SPSS can be used to capture both types of research – be it basic or applied research.

The two-day course did cover various topics, ranging from the introductory level up to advance level. Dr Hanudin presented a new concept of data massaging to improve the validity, reliability of the data used by researchers in the area of social science research. Those attended found that the data massaging was a new thinking for them that opens a new spectrum of doing data analysis. Among the topics highlighted in the course were the treatment of missing data, data creation, moderation and a new approach of mediation analysis, to mention some. The participants were also exposed to an improved way of data indexation. The programme was ended by a certificate giving by Dr Hanudin to all participants attended the course.