The Preparatory of Science and Technology Centre (PPST) has held an English-language parliamentary debate competition which has been participated by five groups, with each group comprised of 3 members. The competition was held in stages which are the first round, the semi-finals and the final round.

The preliminary round was held on January 19, 2019 at Tutorial Room 3 and 4, PPST. The issue debated was entitled "This House Regrets the Severity of Global Warming". There were two tournaments held in this round. The first round was won by the group led by Shivendra's A/L Ravi and indirectly extended them to the semi-finals. In the meantime, Shivendra has been crowned as the best speaker. In the second session, the debate group headed by Pg Mohd Rafi Aiman Ajadjelin Ismail has emerged as champion and was advanced to the semi-finals. At this session, Azilah Boseng has been named the best speaker. The group headed by Jarron Yong Jae Van has received an automatic qualification to go to the semi-finals without competing in the first round.

The semi-finals took place on January 26, 2019. A total of three groups took part in this round which led to the final qualifying system in the final round made by counting the number of winning and losing merits collected by each group. The first session that took place in the morning had shown an intense performance which happened among the group led by Jarron and Shivendra. Topics covered were entitled "This House Regrets Censoring Parts of the Media". The winner of the session was Jarron, and he has been named the best speaker. The second session which took place in midday between Shivendra’s and Pg. Mohd Rafi Aiman’s group ​​debated the title "This House Believes That Cigarettes Should Be Banned from Society" and it was won by a group of Shivendra’s who have also embraced the title as best speaker. The last session brought together Jarron and Pg. Mohd Rafi Aiman. The issue was debated in this round titled "This House Believes That Genetically Modified Food Causes more Harm than Good". This round has once again been won by Jarron as well as being crowned as the best bet. Through this merit system, Jarron and Shivendra debate groups have qualified for the finals.

The final round was held on February 2, 2019 at Dewan Kuliah Pusat 1, UMS. Students as well as parents attended the event to provide support and enthusiasm for the contesting group. The issue in this finale round was entitled "This House Would Allow Transferring Human Consciousness into A Synthetic Body" in which Shivendra’s group were contesting as a government while Jarron's were contesting as opposition. In this round, debate groups representing opposition have emerged champions while best debaters have been awarded to Shivendra A/L Ravi.

The competition was held with the hope to encourage more literate students to participate in the debate arena by turning the Minister of National Youth and Sports, YB Syed Saddiq bin Syed Abdul Rahman as one of the inspirations. Through this activity, participants have the opportunity to sharpen their skills in critical thinking, mastering English skills and increasing the confidence of participants in the aspect of public speaking. Last but not least, the first round of discussion this year is expected to be continued by UMS science students in the future. 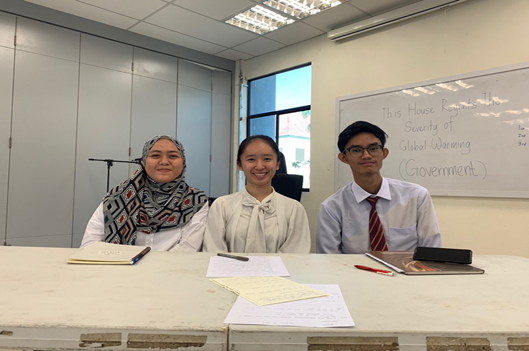 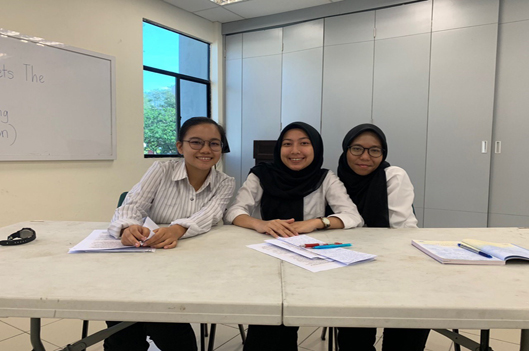