The team departed from Kota Kinabalu on Friday morning (March 1st, 2019) which was a day before the competition and was accompanied by PPST staff, Mrs. Noraiza Jefren. Their arrival was filled with the high spirits of the participants to give the best performance in order to bring the name and realization of the dream of all PPST members to become the first UMS science foundation students nasyid group participating in this intervening competition.

During the competition, the Haura 'Al-Falah Group was the only females participating in the acapella nasyid competition. Even though they were the fourth group to give performance during the show, this did not break the spirit of Haura 'Al-Falah's members to provide a vibrant and harmonious performance. The Haura 'Al-Falah group, appeared stunning in red attire, seemed confident and eager to give the best performance to the judges and audiences present at UITM Dengkil that afternoon. However, they only managed to get fourth place in this competition. The disappointment of members of Haura 'Al-Falah is not as great as their gratitude for doing their best during the competition and they were relieved because everything went smoothly. What matters to them was the effort to try out the best and sweet experience that will be their most memorable memory as a UMS science foundation student. 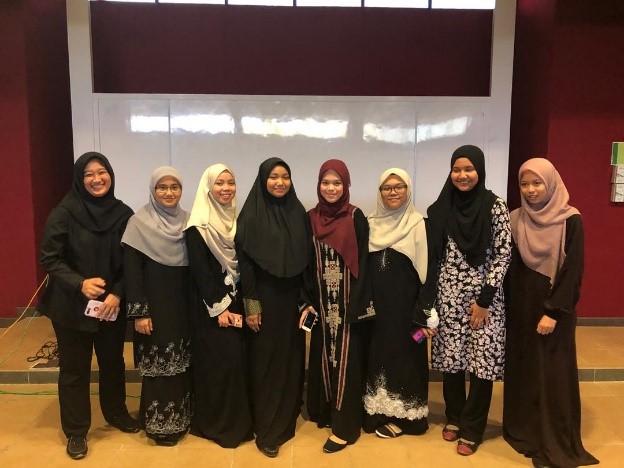 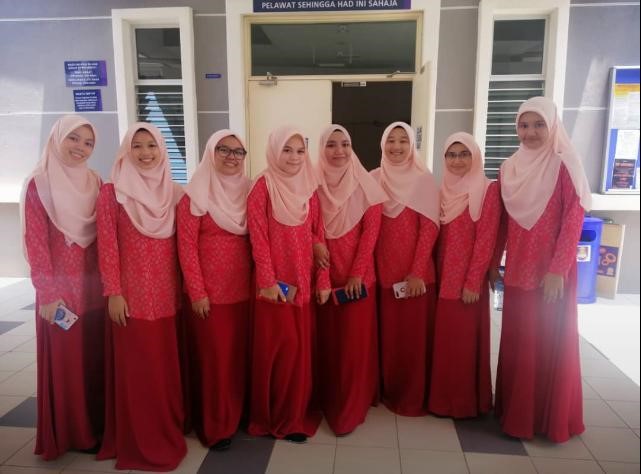