The Young Scientist Sci-Show (YSSC) and Junior Innovator Competition (JIC) was successfully organized by Preparatory Centre for Science and Technology (PPST), Universiti Malaysia Sabah (UMS) which was one of the activities in the STEM Carnival UMS held on 20-21 March 2019. It was an effort to foster high-level thinking skills among younger generation. YSSC competition opened for secondary school students only. Participants were required to produce a short video based on the Science subject they have learned at school. JIC competition on the other hand is in the form of prototype inventions and posters, opened to be participated by the lower secondary students. With this kind of exposure, students can enhance holistic skills based on 4Cs, namely communication, collaboration, critical skills and creativity.

A total of 28 entries from 11 schools participated in the YSSC competition. SMK Tamparuli was announced as the champion of the tournament after going through the final evaluation for six finalists with a cash prize of RM1000 along with a certificate. While SMK Datuk Panglima Abdullah, Semporna and SMK Merbau, Miri have been crowned as second and third place. According to the director of PPST, Associate Professor Dr Sazmal Effendi Arshad, such activities can increase the involvement of students in activities involving STEM. In addition, students also have the opportunity to relate science with experiences. A total of 4 entries from junior high school students participated in the JIC competition.

Interestingly, the competition also received participation from neighbour state of Sabah which was participants from SMK Merbau, Miri Sarawak. The event was officiated by Prof.Dr Rasid Mail, Deputy Vice-Chancellor of Academics and International, UMS. 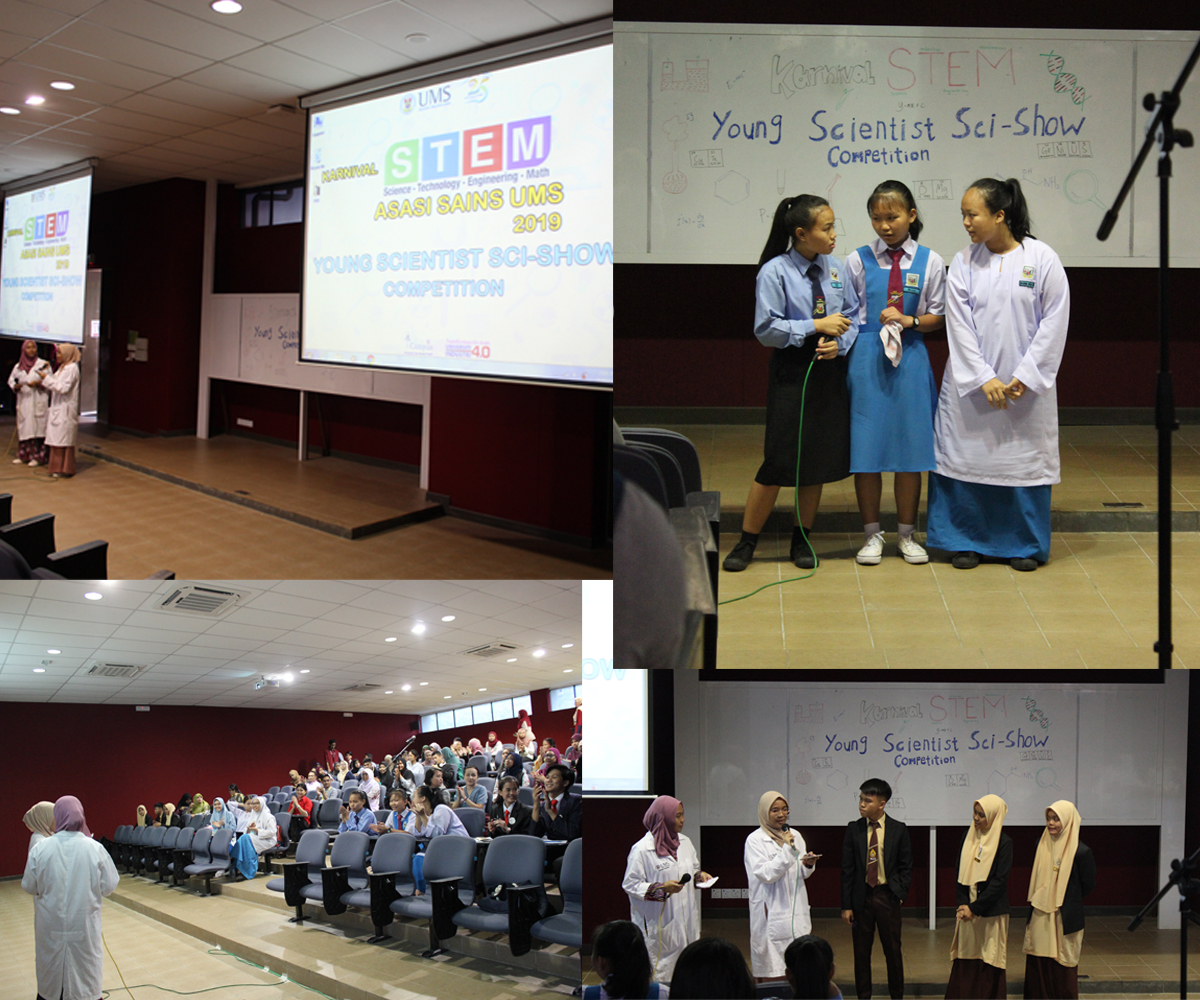