5 September- The atmosphere at the Sekolah Menengah Kebangsaan  (SMK Usukan) hall was greeted with excitement by the voice of students answering the instructors’ questions. About 80 SMK Usukan students consisting of Form One and Form Two students attended the programme organized by the UMS Science STEM Foundation or STEM AUMS. STEM AUMS has launched the first module in order to spark interest amongst lower secondary school students in Science subject. By adopting Seibutsu, a theme that stands for biology and choosing plants as interaction material with students. Students were exposed to complete plant structures and to discuss the role and importance of plants. Students were divided into four groups to facilitate activities. Activities that took about two hours were divided into two parts. The first part was introducing students to endangered plant species, identifying the structure of the ape and also the type of leaf structure found in the plant. In the second part, students were introduced to the concept of herbarium making for the identification of plant specimens. Students chose two different types of trees/leaves and stick to blank paper to create specimens. Indirectly, students were exposed to the careers of botanists. At the end of the session, the group that produced the most refined and complete herbarium was given a badge titled “Botaninja”. Overall, the whole program went as planned. STEM AUMS hopes that such activities will cultivate students' curiosity about nature and will enhance their observation skills and interest in Science itself. The activity ended with a photo session with STEM AUMS instructors. 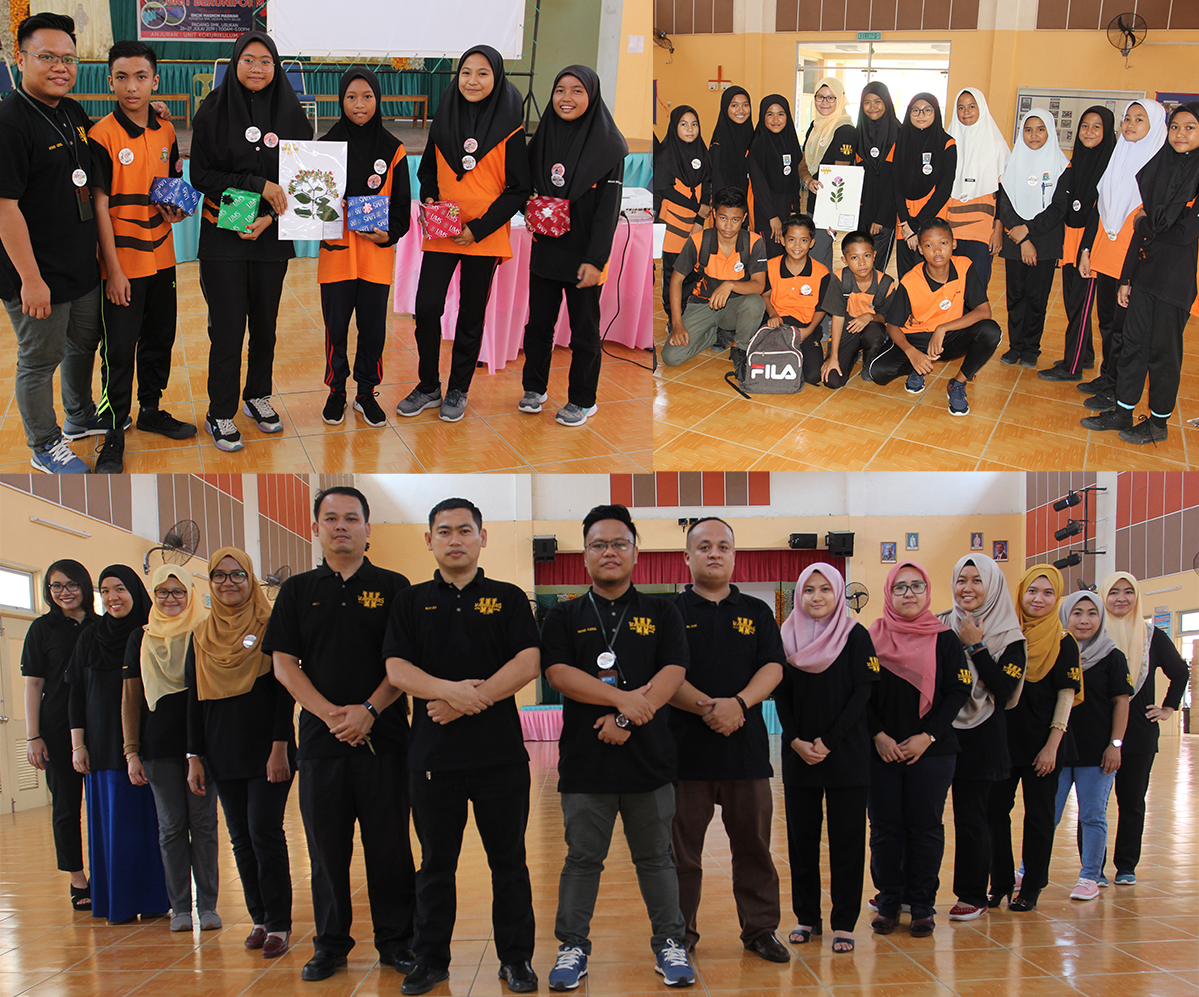