September 27, 2019 - At this STEM meeting, the “Warriors” and the module facilitators began their activities by introducing the teammate yell, “The power of atom” while making the movement of the yell. The excitements surrounded the atmosphere of SMK Usukan hall.

In the first slot, students were introduced to the chemical formula for water, the use of water in life and how to appreciate it. After that, a sensory test session was conducted by identifying the sound which was paired as an interlude with an audio.

In the second slot, they were introduced with the concept of material density by performing a mini-experiment that required them to insert a few selected ingredients into one bottle and to observe which material would rise to the surface or sink at the bottom of the bottle. They also had the opportunity to make their own ice cream without a freezer by using only salt and ice skewers put in a ziplock. Indirectly, they were introduced to the nature of salt and aroused their curiosity about the chemical concept.

In the last slot, students were exposed to environmental pollutions awareness in terms of sea, river, air and land. The intrinsic values from the awareness ​​should be instilled to make the students more appreciative and of greater concern for their surroundings. Each group was asked to create a depiction with a message of support for nature.

The activity ended with a prize giving ceremony for the group members who managed to produce the best images and messages on the depictions. 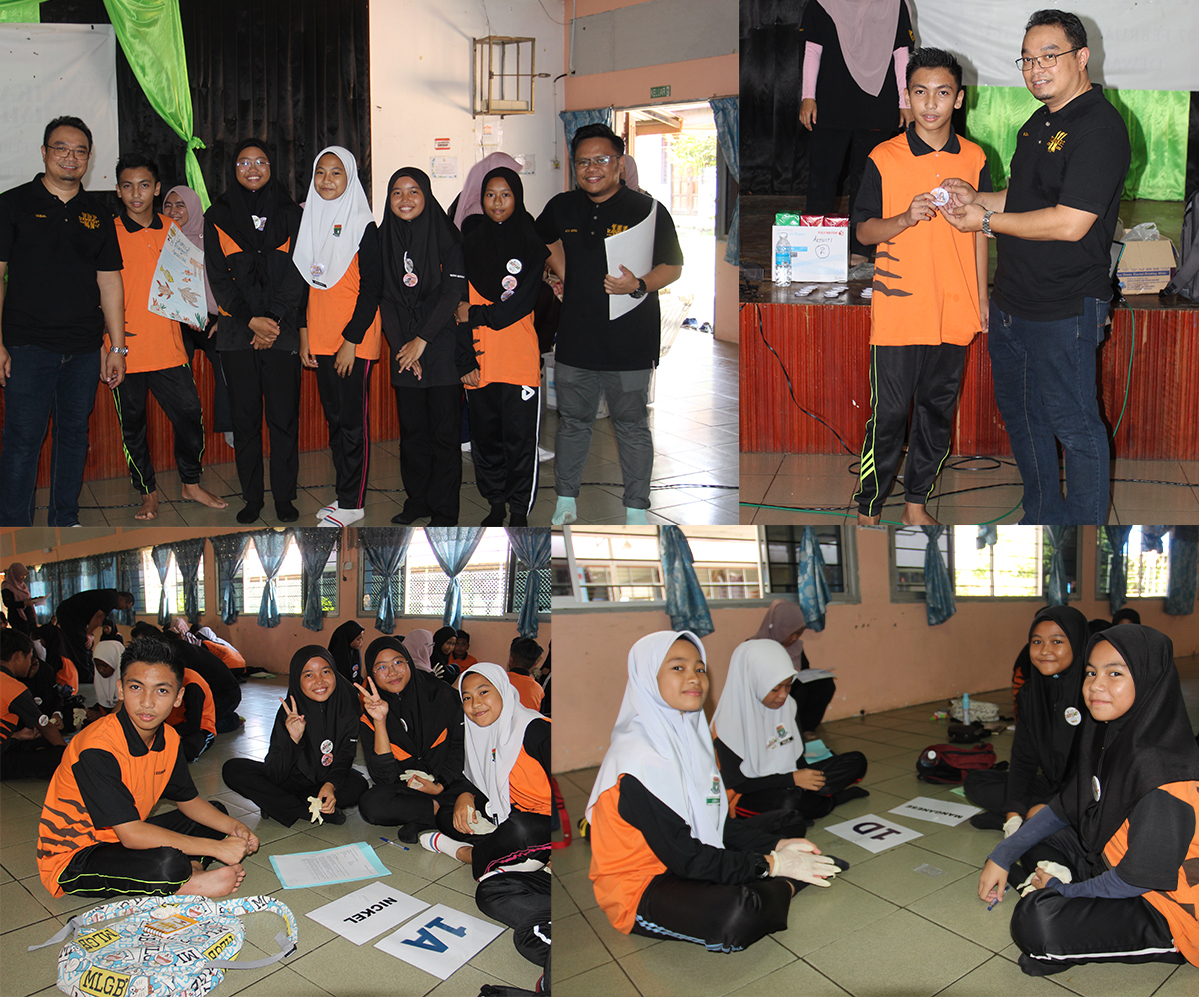