‘Mottainai” the Way to Recycling 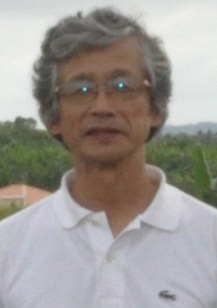 TUESDAY, 23 DECEMBER – While Malaysia is still struggling with its recycling awareness campaign, Japan has been way ahead in instilling the recycling habit through the ‘mottainai’ concept among its community.

In essence, the mottainai concept is a way to discourage people from wasting food and other resources.  The term can be defined as a way the Japanese reflects their strong sense of regret and dislike in wasting food, time, etc.; a concept that has been deeply rooted in their culture.

The introduction to the mottainai concept was presented in a talk by the Japan International Cooperation Agency (JICA)-Sustainable Development for Biodiversity and Ecosystems Conservation (SDBEC) Sabah’s Chief Advisor, Dr. Nobuyuki Tsuji in his address held at the Faculty of Sustainable Agriculture Hall, UMS Sandakan Campus recently. The talk was organised in conjunction with UMS EcoCampus Sustainability Week held from 8-12 December 2014.

Nobuyuki stated that the Japanese recycled almost everything and wasted almost nothing, which captured the late Wangari Maathai’s attention, founder of Africa’s Green Belt Movement and also the 2004 Nobel Peace Prize Laureate.  In 2005, Wangari went on to promote the mottainai concept to the wider world to inspire people to protect their environment.

The mottainai concept is now practiced at the Sandakan Campus. –FL