TCTP A Place To Share Knowledge With Third World Countries 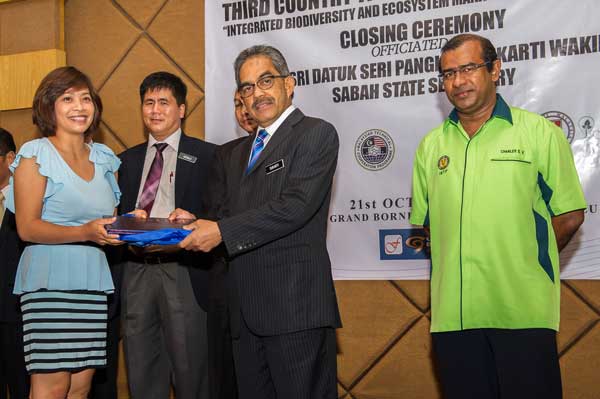 MONDAY, 21 OCTOBER – Malaysia was once a country that received assistance and trainings from donor countries.


However, State Secretary of Sabah, Tan Sri Sukarti Wakiman said that the situation had changed in recent years through the development and economic stability achieved by the nation.

“In fact, we have now become one of the donor countries in helping other developing countries,” he said when officiating at the closing ceremony of the Third Country Training Programme (TCTP) organised by Universiti Malaysia Sabah (UMS) in collaboration with the Ministry of Foreign Affairs and the Japan International Cooperation Agency (JICA).

He added that Malaysia had now conducted more than 20 trainings in various specialised fields under the Malaysian Technical Cooperation Programme (MTCP) which was held at various institutions including UMS.

Tan Sri Sukarti who is also a member of the Board of Directors of UMS said the partnership with JICA helped to bolster efforts in conducting trainings and sharing with participants of third world countries.

He also expressed his pleasure for the fact that Malaysia especially Sabah was chosen as one of the locations for this international class training programme because of its various biology and ecosystem management.

“I sincerely hope that such programme would be enhanced and strengthened in the near future,” he added.

TCTP  which started on 29 September was participated by 13 participants from Papua New Guinea, Tanzania, the Philippines, Botswana and Vietnam.