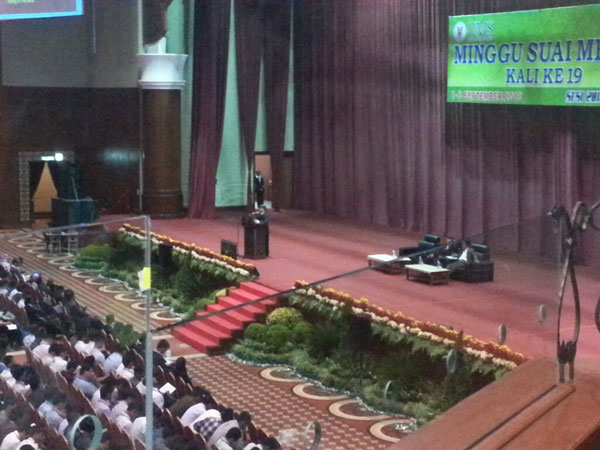 The annual talk which was organised for the fifth time was in collaboration with the Malaysian Integrity Institute (IIM) and Universiti Teknologi Petronas (UTP).

The talk was presented by the former Sabah State Secretary, Datuk K. Y. Mustafa, who was also the former Director of UMSLink Holdings Sdn Bhd. The talk entitled ‘Integrity and Good Governance’ was attended by more than 4,000 new students of UMS.