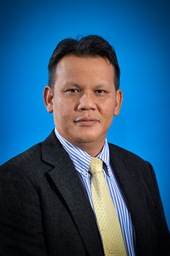 This was stated by Deputy Vice-Chancellor (Student Affairs and Alumni) UMS, Assoc. Prof. Dr. Ismail Ali in a meeting today.

According to him, the distribution of aid to face the floods was a proactive step by UMS which could be used by those affected by the disaster.

“The proceeds were collected from clubs and associations in UMS as well as contributions from outside parties,” he said.

He added that the contributions had helped reduce the burden of the more than 200 families in areas potentially affected by floods such as Beaufort, Kota Marudu and Kota Belud.

About 70 students and staff of UMS participated in the distribution of aid on 4 January (Sunday). – ZMD (fl)