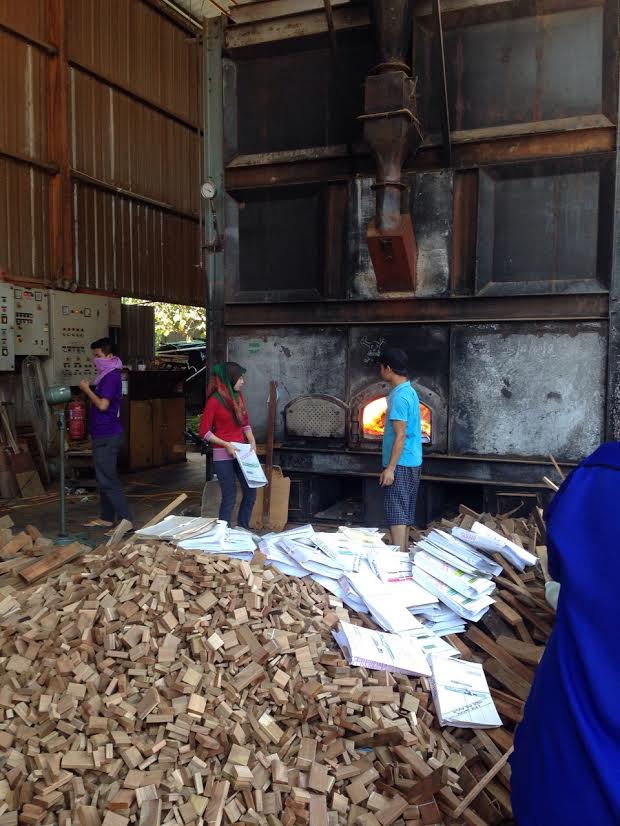 The disposal method using fire in a boiler was seen to be more efficient and economical as it is closed and would reduce air pollution, which also produces heat.

According to FSSA Dean, Professor Dr. Baba Musta, such activity were important to ensure that the files and records were maintained according to rules and procedures adopted by the university in accordance with the responsibility to monitor, plan and implement the programme on disposal of files and records according to faculty were done periodically.

Meanwhile, FSSA Deputy Registrar, Hasmi Hashim said the activity was divided into two phases; first phase was conducted in September and October 2014 and received approval from the National Archives of Malaysia, Sabah Branch in April 2015.

“The second phase will be carried out before the fasting month this year,” he added.

Overall, a total of 351 general files of the faculty that had reached its retention maturity period as outlined by the Records Disposal Schedule, National Archives, had been disposed of.