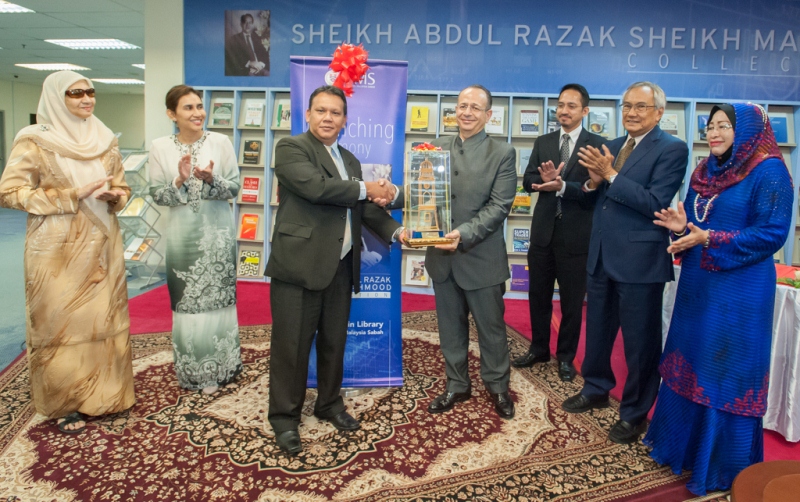 This was made possible through a collaboration with Asan Foundation headed by Hesham Hafez, the son-in-law of the late Sheikh Abdul Razak Sheikh Mahmood.

Earlier, Hesham who is also the President of Paper Distribution International Group gave a talk on “What Does it Mean to Be Successful, Being Successful”.

“I went through ups and downs in the business industry, but that did not deter me from picking myself up and moved on,” he said in his talk attended by more than 170 students from the Faculty of Business, Economics and Accounting, UMS.

Deputy Vice-Chancellor of Student Affairs and Alumni, Associate Professor Dr. Ismail Ali in his speech hoped that the students would emulate the reputable attitude of Sheikh Abdul Razak, who was hardworking and honest.

A Letter of Intent (LOI) was also signed between UMS and Asan Foundation, where library books, online journals and back files of online journals in the areas of finance and economy would be included in this collection in the next five years.

Also present at the launching ceremony were the Chairman of the Board of Directors of UMS, Tun Zaki Tun Azmi, the widow of the late Sheikh Abdul Razak Sheikh Mahmood, Datin Kalsombi V.K. Majid and family members, as well as principal officers of the university. – FL