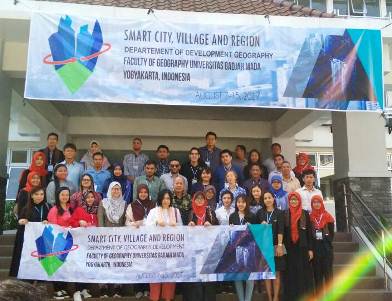 According to a statement issued, the eight students were repicients of the Smart City, Village andRegion (SCVR) Course scholarship offered by UniversitasGadjahMada (UGM), Jogjakarta, Indonesia.

They were among 35 international participants involving 10 countries from the Europe and AsianRegions namely United States of America, Vietnam, Colombia, Pakistan, Indonesia, Germary,Thailand, Cambodia, Palestine and Malaysia.

The course involved 13 other lecturers including two from Malaysia; Dr. Goh Hong Ching and Professor Dr. Lee Boon Thong, who were both from Universiti Malaya.

The statement added, SCVR was a noble effort in improving the understanding on the use of Information and Communications Technology (ICT) in the concept of region, village and smart city.