SPE Transformation to the Faculty of Business, Economics and Accounting 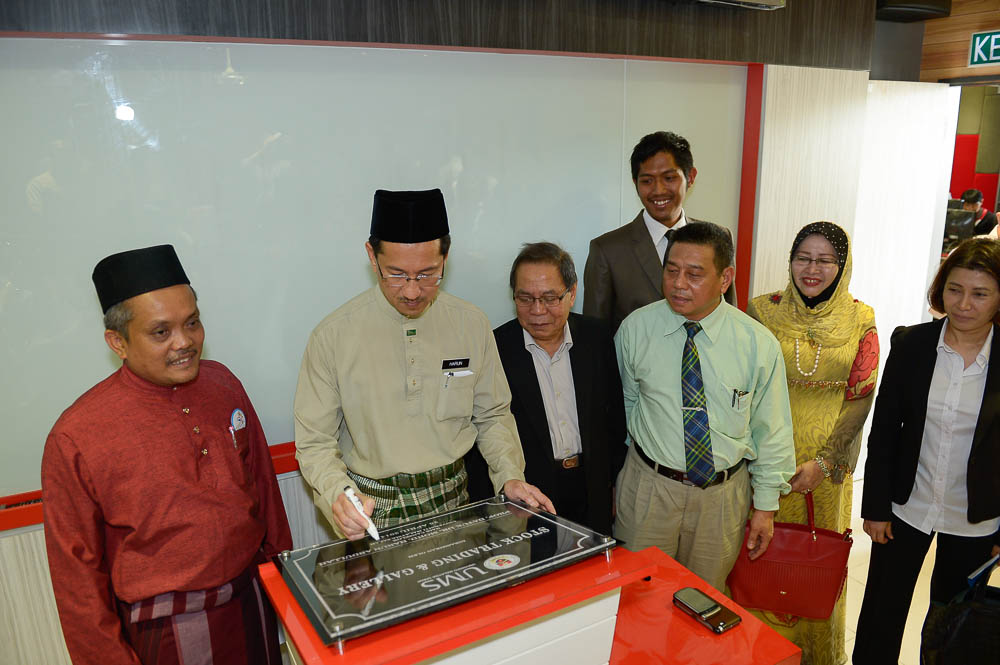 MONDAY, 28 APRIL – The School of Business and Economics (SPE) became the first school in Universiti Malaysia Sabah (UMS) to undergo a transformation with the change of name to the Faculty of Business, Economics and Accounting.

The name change was announced by its Dean, Assoc. Prof. Dr. Rasid Mail at the Opening Ceremony of the 2014 SPE Carnival recently after an agreement was made in a Senate meeting chaired by UMS Vice-Chancellor, Prof. Datuk Dr. Mohd. Harun Abdullah.

Dr. Rasid also announced the rebranding of the stock exchange lab to ‘Stock Trading and Gallery’ which was first mooted in 1997 through a signing ceremony with INNOSABAH Securities, and was created in a more structured format with cooperation from BERNAMA.

A hotel laboratory known as ‘The Hotel Lab’ came into existence on an ad-hoc basis since 2002 and had been in operation temporarily at Likas Square Hotel. A hotel lab which now existed under the faculty building ensured a more conducive teaching and learning programme.

“In addition to the name change, the opening ceremony of these two laboratories have given a new breath to this faculty to be more committed to teaching, research and industrial networking,” he said.

The name change of the school to faculty was earlier announced by the Vice-Chancellor in his Message last February as part of a rebranding effort in conjunction with UMS 20th anniversary. – MA (fl)