‘Demi’, a Gift for Independence Month to UMS and Malaysia 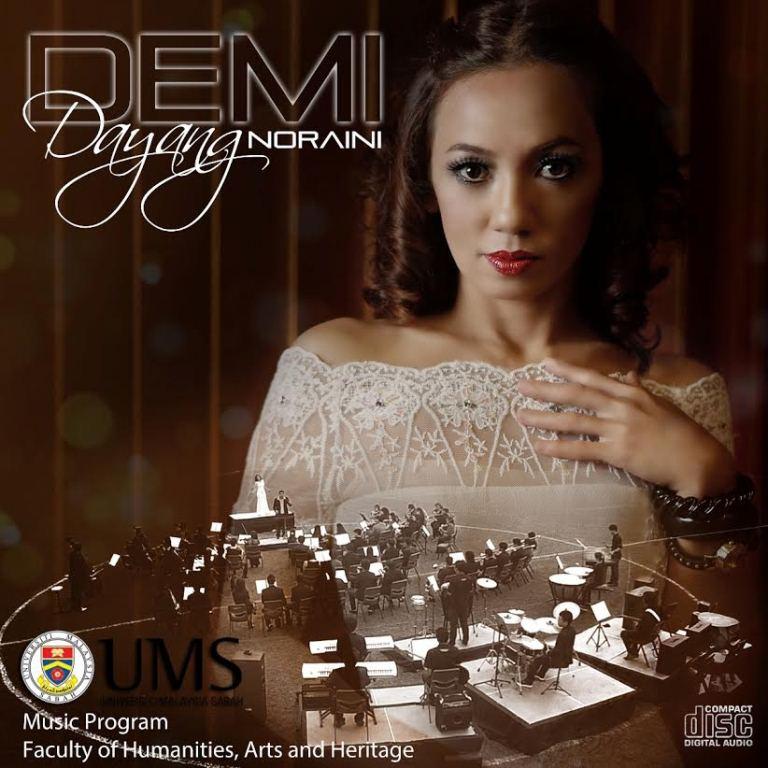 FRIDAY, 01 AUGUST – The song entitled ‘Demi’ sung by the 1998 Winner of the Programme Sinaran Pasport Kegemilangan, Dayang Noraini will be aired on all government and private radio and television stations nationwide starting 4 August 2014 in celebrating the Independence Day.
The orchestral version of the latest music video of this Sabah-born singer was also successfully recorded recently involving nearly 60 musicians consisting of lecturers and students of the Music Programme, Faculty of Humanities, Arts and Heritage (FKSW) Universiti Malaysia Sabah (UMS).
According to Dayang, who is an undergrad with the Faculty of Psychology and Education undertaking Teaching of English as a Second Language Programme, filming of the music video was fully recorded at UMS stadium and considered as a gift to UMS in celebrating the independence month and 20 years of UMS establishment.
“I am grateful for the recording went smoothly and we received full cooperation and support from the university,” he said.
She also felt fortunate that the recording of the music video produced by the Music Programme, FKSW was given a helping hand by composers Roslee Haji Wahid, Andrew Poninting; Head of Music Programme UMS, Resot Iggau and popular Sabah videographer, Charles Phang.
The music video recording ‘Demi’ orchestral version incorporates a variety of the finest musical instrument such as violoncello, cymbals, timpani, flute, trombone, piano, drums, violin, guitar, trumpets and several other musical instruments. – ZMD (fl)