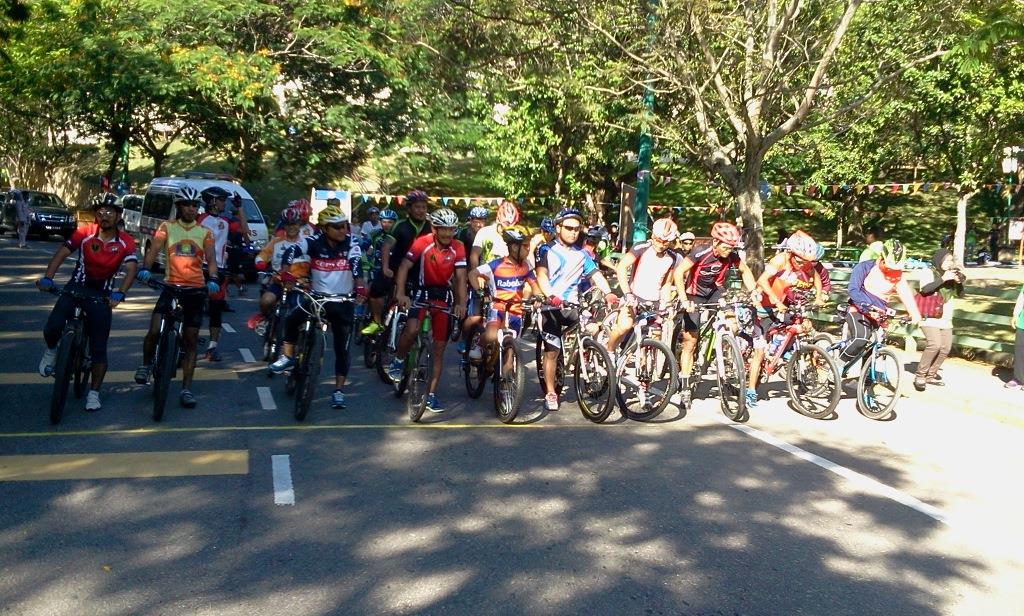 TUESDAY, 22 APRIL – The Cycling Championship, ‘Le Tour de CD’ organised by Residential College CD (Kolej CD) recently received good response when they attracted 127 participants from among UMS community and the public from in and around Kota Kinabalu.

The championship was divided into two categories; Road Bike and Mountain Bike Categories which attracted 72 and 55 participants respectively.

Participants were provided with helmets and escorted by motorcycle patrol from UMS Security Division as a safety measure.

The participants started off the challenge from the compound of Kolej CD before cycling 10km around the hilly campus area.

The flag-off and prize presentation was performed by the Director of the Haj Fund Boad Sabah, Datin Nurlaila Said. Also present to present prizes was the representative of Atiqah Enterprise, the main sponsor of the championship, Muhammad Zuhri Alimin.

Meanwhile, Choi Kha Hoo said he was satisfied with his performance in the challenge.

“The championship will be a useful experience to prepare myself for bigger competitions such as Sukan Malaysia (SUKMA) in future,” he said.

He also hoped that the staging of the championship where cycling had been popular nowadays as a community recreational sports would be continued to produce a healthy community. – MA & SS