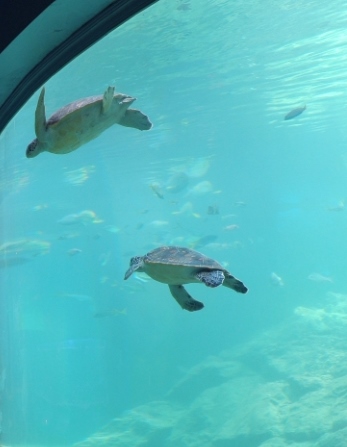 THURSDAY, 27 MARCH – Universiti Malaysia Sabah (UMS) is ready to offer its services and expertise in assisting the government to address the 60 turtles found dead at Pulau Tiga, Kudat believed to have been killed for its commercial value by some irresponsible parties.

He said, he had instructed a group of researchers led by Dr. Pushpa M. Palaniappan to conduct further observations regarding this finding.

Any statement pertaining to this matter issued by certain individuals before were not the official view of UMS which he considered to be more of a personal nature and did not involve the turtle research experts.

When asked about the issue, Datuk Dr. Harun also expressed his disappointment over the inhumane attitude of certain people who placed greed for personal gain, disregarding the government’s efforts to preserve this marine species which is threatened with extinction.

He also advised his staff to first communicate to him in future of such important matters so that action to send experts to conduct research could be implemented immediately to identify the real causes as well as reviewing the turtle population that can still be saved.

For the record, UMS had initiated the research on sea turtles in Sabah since 1998. Among the research undertaken included research on green and hawksbill turtles in Pulau Mabul. A total of 207 green turtles and 21 turtles have been tagged since the research began in August 2010 on the island. – SS (fl)