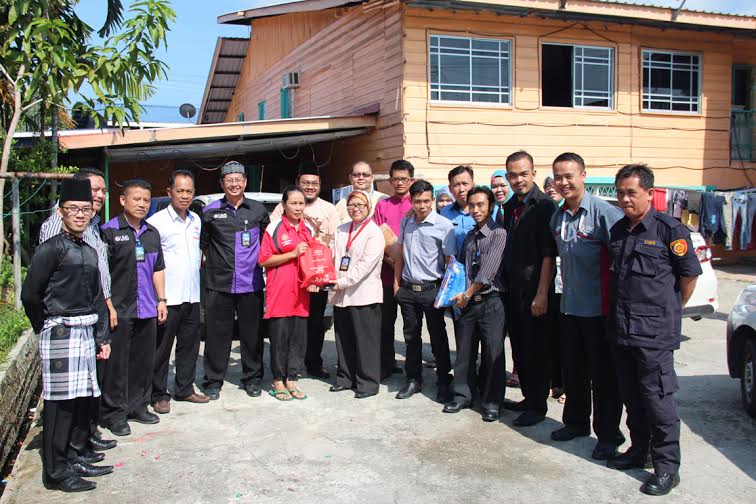 UMSKAL team of volunteers brought the donation, which were daily necessities to be distributed to those in need.

Psychology Officer with the Student Affairs Division (HEP), Nur Iman Reedzal led the group on the first day at Kampung Durian Tunjong and Tanjung Aru, while the second day to Kampung Rancha-Rancha Laut and Gersik/Saguking led by the Head of HEP, Sharifah Ismail.

According to the programme coordinator, Saradli Arsat, UMSKAL delegation visited the four villages on the island themselves.

“By presenting the donation, the visit proved that UMSKAL community does not leave out this group here at the Federal Territory of Labuan,” she said.

She also thanked the Director of UMSKAL, Assoc. Prof. Dr. Ismail Ali who gave undivided commitment to the programme and in ensuring that it was successfully held. - (fl)