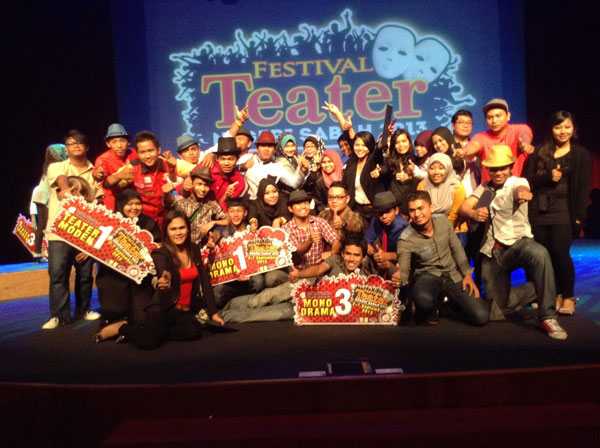 FRIDAY, 18 JULY – A theatre group from the Faculty of Humanities, Arts and Heritage (FKSW) Universiti Malaysia Sabah, Grup Teater LAB (G-Tel) made it to the finals of the Malaysian Theatre Festival (FTM) 2014.
The selection was announced by a panel of assessors from the Department of National Culture and Arts (JKKN) through the competition ‘Manifestasi Teater Negeri’, which was held in April and May.
The theatre entitled ‘Vito Il Mafioso’ directed by Arlina Ismail will face five strong competitors at FTM 2014, which is expected to be held starting 26 October until 1 November.
G-Tel won the champion title through the same theatre act at the State Level Theatre Festival held in September last year. – ZMD (fl)