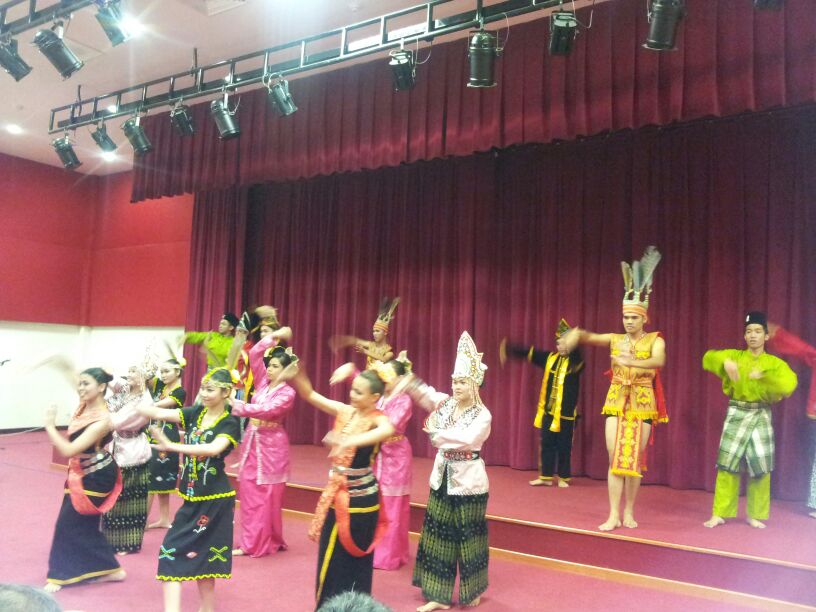 The latest being UMS chosen to host the Malaysian Universities Cultural Festival (FEStKUM).

The festival which runs until Monday was held at a few locations in and around Kota Kinabalu and Tuaran districts.

An ‘Evening of Show’ at the Tuaran Hall was held which had each Institution of Higher Learning (IPTA) participated in presenting their local cultural dances.

The uniqueness, including the movement of the dances presented was well received by the audience who gave a loud applause to the dancers.

Eearlier, an Art Workshop was held in the morning involving participation of students from Sekolah Menengah Kebangsaan Badin, Tuaran.

An art exercise was also held, in addition to traditional sports and arts lectures which was presented by singer and composer, Datuk Suhaimi Md. Zain at the Teachers’ Training Institute (IPG) Kent, Tuaran.

The festival organised by the Malaysian Universities Cultural Council (MAKUM) will be officially opened by the Minister of Local Government and Housing Sabah who is also the State Assemblyman (ADUN) for Sulaman, Datuk Seri Panglima Haji Hajiji Haji Mohd. Noor tonight. – SS (FL)