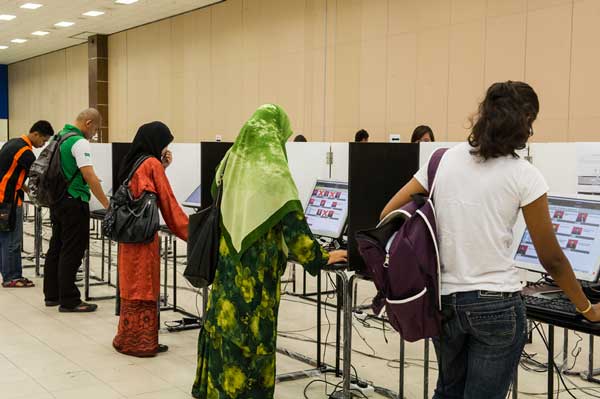 FRIDAY, 25 OCTOBER – The date 31 October would be the decision maker for students in choosing the next line-up of Student Council (MPP) members in the coming Campus Election (PRK) for Universiti Malaysia Sabah (UMS).

According to a source from the Student Affairs and Alumni Department (HEPA), the nomination day will be held on 28 October at Anjung Siswa, adjacent to the department’s building. Voting day for student council members is on 31 October which will be held at the Main Lecture Hall 2, UMS.

The Deputy Vice-Chancellor of HEPA, Assoc. Prof. Datuk Dr. Hj. Kasim Md. Mansur will act as the Chairman at this year’s PRK, whilst the election’s operation committee members is headed by the Director of Co-curriculum and Student Development Centre, Assoc. Prof. Dr. Raman Noordin.

As with previous years, the election will be held through e-voting, and results will be announced on the night of the election. The new line-up of Student Council Members for the 2013/2014 academic session will be formed in 24 hours after the results were announced. – FMD