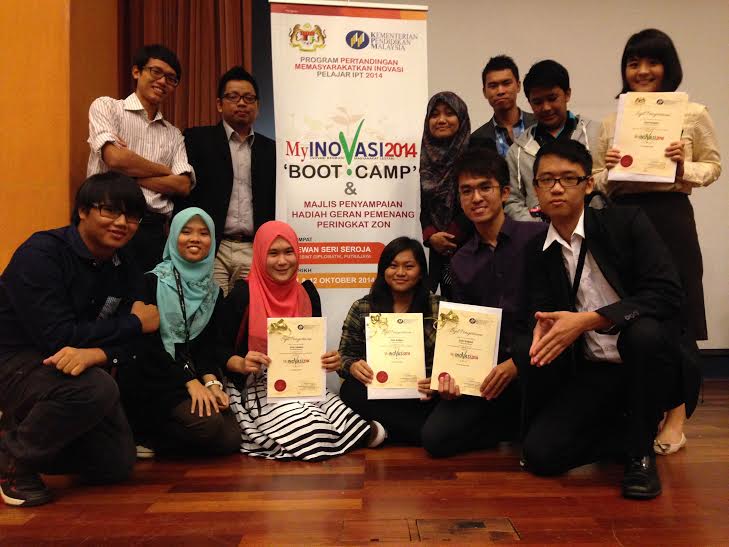 TTHURSDAY, 16 OCTOBER – Five teams sent by Universiti Malaysia Sabah (UMS) to the MyINOVASI 2014 were selected as among the finalists that will enter the Finals of the competition which will be held from 15-16 December 2014.

The five teams were the choice of the jury through a number of their innovative projects such as Beach Cleaner, Eco-friendly bus stop cooling system, porous pavement, hybrid clay rainwater filter and coconut gravel.

According to the project supervisor, Assoc. Prof. Dr. Nurmin Bolong from the Faculty of Engineering, the projects was expected to give great impact and benefits directly to the industry and community, at the same time instill the habit of being concern towards to needs of the community and environment.

He said the five finalists also received a cheque of RM5,000 at a ceremony in the Federal Territory of Putrajaya.

He said the success was able to instill the culture of innovation that continued to be the practice of the campus community especially among students.