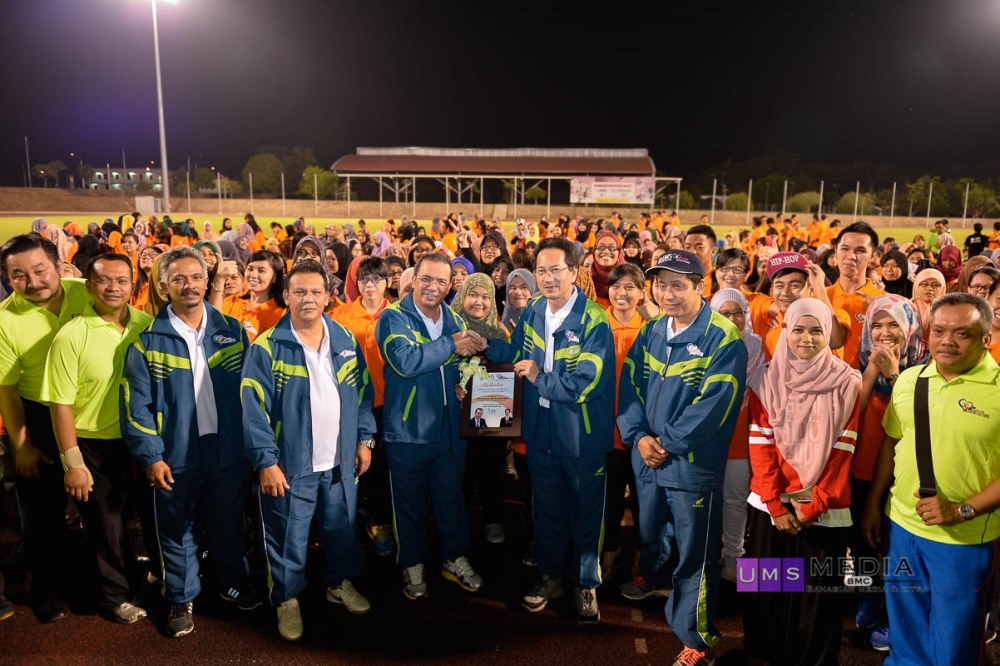 MONDAY, 13 APRIL – The establishment of Universiti Malaysia Sabah (UMS) Caring Club on Saturday was aimed at honing the talents of students to build a productive human capital.

According to UMS Vice-Chancellor, Professor Datuk Dr. Mohd Harun Abdullah, the club under the supervision of the Student Affairs Department (HEP) among others, aimed to produce ambassadors from among students who will assist the university in their programmes.

“It can enhance the talents and personality of the students in any activities that they take part in thus strengthening their participation in campus activities in line with the university’s efforts to build a productive human capital,” he said in his speech at the opening ceremony of the club in UMS Stadium.

He said, it was also an effort by the university to encourage students to be actively involved in any student activities.

“The membership of this Caring Club has reached 1,200 people consisting of members of the Uniformed Bodies of UMS such as PALAPES Army, PALAPES Air Unit, PALAPES Navy, SUKSIS and SISPA,” he explained, adding that UMS through HEP will intensify efforts to expand the club.

The ceremony was officiated by Political Secretary to the Minister of Education Malaysia II, Datuk Hj. Abdul Halim Jusoh.