Students of College CD Were Feted at MAKMA ‘14 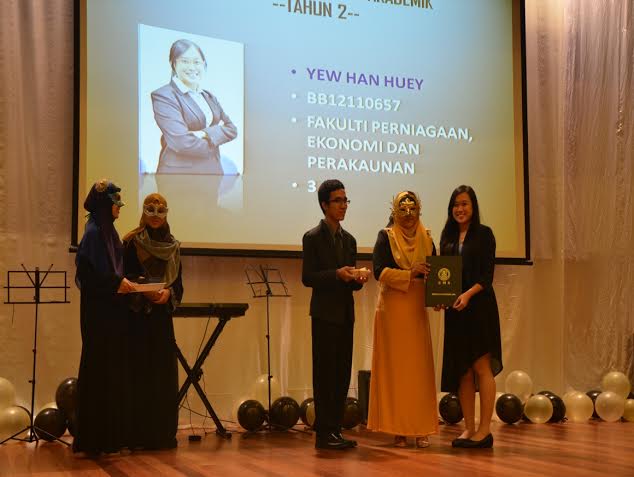 The Leadership Award was given to Khairul Azmi Mustafa, who was also the President of the JAKMAS Residential College CD.

As for the Curriculum Achievement Award, it was won by Saripuddin Mappiasi, whilst the Best Programme Award was the Open Day Programme and College CD Undergrads Day.

As for the Uniformed Body Award, it was given to PALAPES Laut. Entrepreneurship Award was won by Siti Rohayu Karim whilst Male Athlete and Female Athletes Awards went to Faeze Azwan Safuan Abd Rahman and Nur Syahirah Brynna Gomes.

Other awards presented were the Hopeful Award, Student Affairs Department Special Award, Former Fellows and JAKMAS including a Romeo and Juliet of the Nite Award.

The Student Affairs Department Special Award went to the Assistant Manager of College CD, Mohd Khairul Ismail. Hendry Sailabbi and Sharadjane Rasul were chosen as the Romeo and Juliet of the Nite.