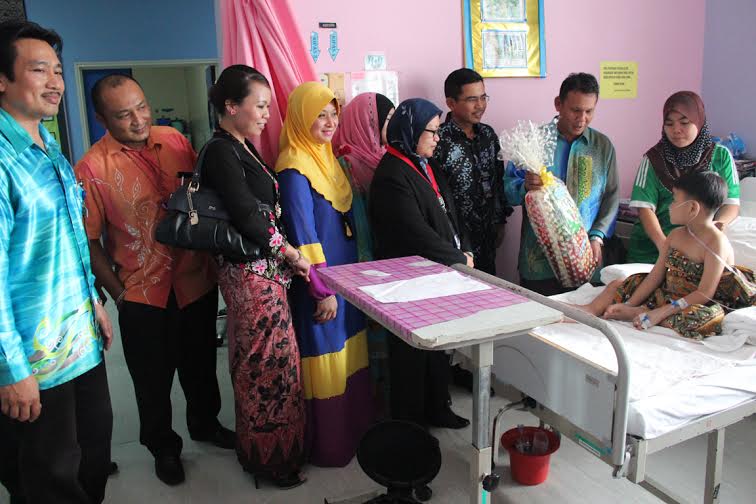 TUESDAY, 08 JULY – Universiti Malaysia Sabah (UMS) through its Labuan International Campus (KAL) put smiles on the children warded at the Children’s Ward of the Labuan Children’s Hospital after they received contributions during a recent visit by UMS to the hospital.

UMSKAL Director, Assoc. Prof. Dr. Ismail Ali along with senior university officials presented donations in the form of hampers to 13 paediatric patients at the ward.

He was representing UMS Vice-Chancellor, Prof. Datuk Dr. Mohd Harun Abdullah at the visit and said that the contribution was a sign of being caring shown by the university towards the patients of the children’s ward who were receiving treatment for various health problems.

He also said that it was part of UMSKAL's Corporate Social Responsibility, being the only institution of higher learning (IPTA) in the Federal Territory of Labuan.

“We hope that the contribution would bring joy to the children who are being treated at the Labuan Hospital,” he said when met after the visit.