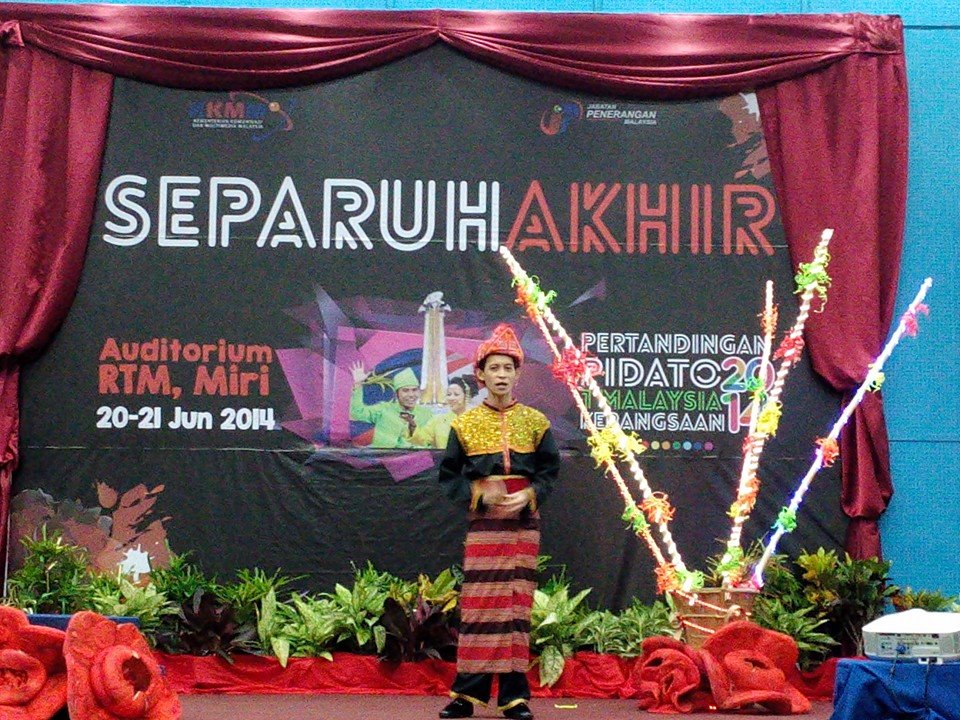 Richard Chai, a graduate of the Faculty of Humanities, Arts and Heritage gave an impressive performance with his brilliant ideas and superb voice control that stole the judges’ hearts throughout the competition.

Held in Miri Sarawak, the RTM TV host who is also a lecturer with a private college in Kota Kinabalu was the choice of the audience, but had to settle for the third placing when the results were announced.

The competition, which was participated by 15 participants from each state and federal territory saw Kuala Lumpur emerging champion whilst Selangor took the second spot.