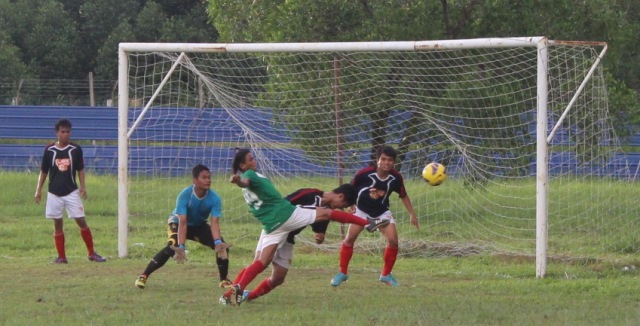 The game between UMS and PKK was full of action when both teams were in attacking mode. However, at the second half, UMS changed their tactics and successfully controlled the game by their attacks right through the opponent’s goal. The first goal came during the second half when the replacement player wearing jersey number 21, Andi Habbibi Ambo pushed the ball that was sent in through a corner shot by Memet Kaya which defeated PKK thus lifting UMS as the champions.

PKK took the second spot whilst third place went to PSS. IKBN and IKM each took the forth and fifth placings.

Meanwhile, the Head Coach of UMS team David Johnny was satisfied with the showmanship of his players throughout the championship. He said that the championship was in preparation for the forthcoming Borneo Higher Institutions Football League Championship which will end in the middle of June. At the championship, UMS team proved their prowess when they were declared champions, winning all their matches.