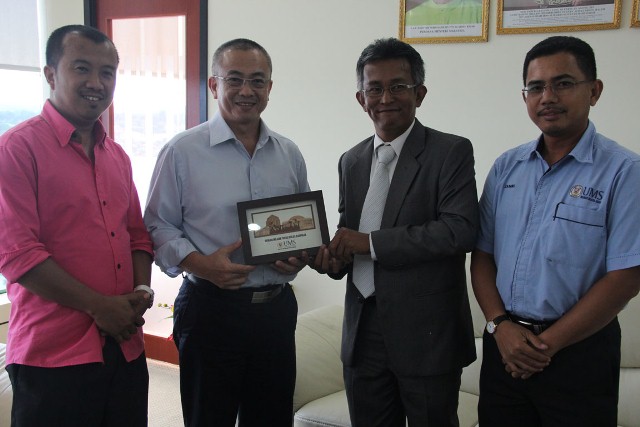 The visit which was to the office of Labuan Corporation Chairman was aimed at fostering closer relationship with one of the leaders in the Federal Territory of Labuan.

During the visit, Dr. Murnizam briefed him on the latest development of UMS in academic, student personality, physical development, number of international students and community activities.

He was representing the Vice-Chancellor, Prof. Datuk Dr. Mohd. Harun Abdullah, and said that he would attract more international students especially those from ASEAN and BIMP-EAGA to pursue higher education in UMS Labuan.

Meanwhile, Datuk Rozman who is also the Chairman of Labuan Corporation welcomed UMSKAL's measures to attract more international students because it can improve the quality of teaching and learning at UMSKAL.

He said the presence of students from within and outside the country also helped to boost the economy, increase population, purchasing power and the local tourism industry in the Federal Territory of Labuan.