TB Major Cause of Death Worldwide 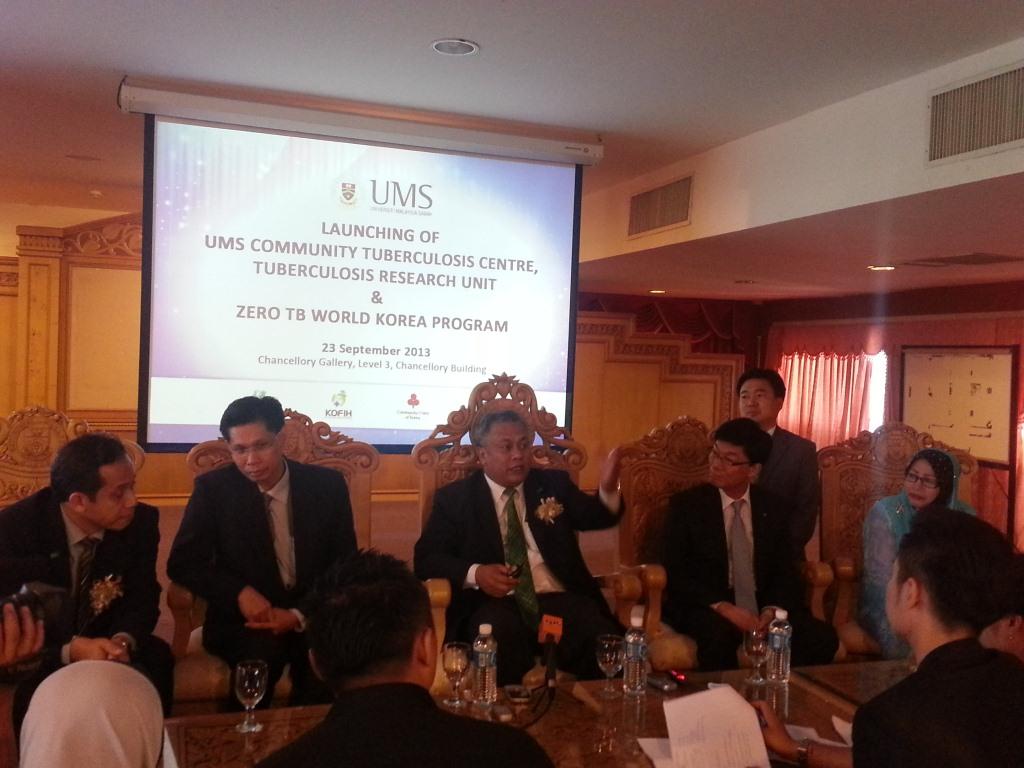 Prof. Dr. Shahril Yusof, Deputy Vice-Chancellor of Research and Innovation who represented the Vice-Chancellor, Prof. Datuk Dr. Mohd Harun Abdullah when officiating at the function said that steps should be taken to help bring down TB cases in Sabah.

“Tuberculosis or TB is a contributor to infectious disease and a major cause of death worldwide,” he said.

He said there were 22,710 cases of TB reported and of this amount, a total of 4,426 or 19% of cases were detected in Sabah and is the highest compared to other states in Malaysia.

Earlier, the Dean of the School of Medicine (SPU), Prof. Dr. D Kamarudin D Mudin stressed that it was important to have close links with the District Officers, Hospitals and Regional Health Care Provider in the fight to eradicate TB.

At the press conference after the function, representatives from Zero TB World Korea clarified that Sabah was their pioneer overseas project with cash allocation including a van, equipment, medicines and trainings. A mobile x-ray was also planned and will be included in their next project.