Indigenous Music Need to be Globalize 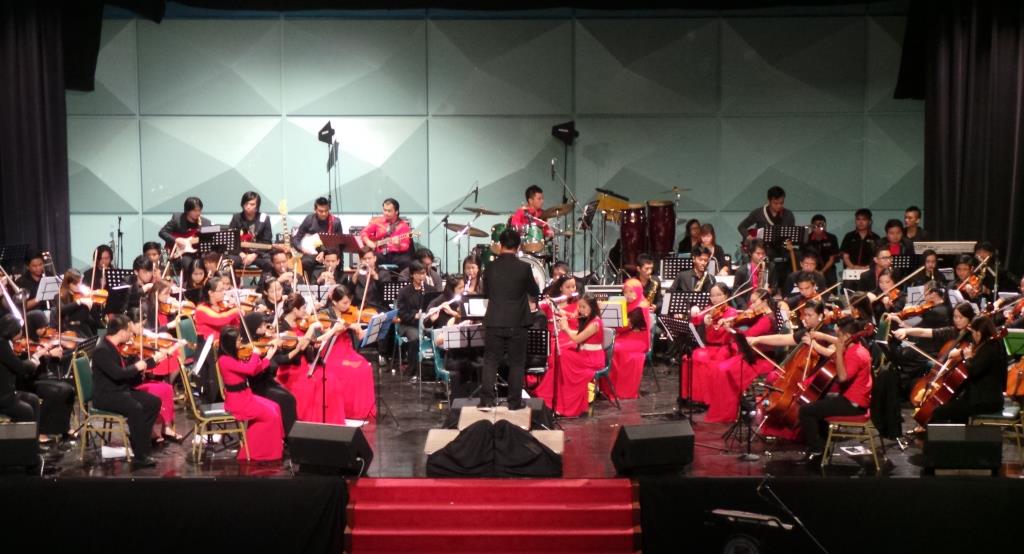 Friday, 6 June – Traditional music played by indigenous community should be bringing forward to the global level.
Dean of Faculty of Humanities, Arts and Heritage, UMS, Prof. Dato’ Mohd Hamdan Adnan said: indigenous and modern music don’t have a lot differences in term of melodiousness of the sound since the music note is universal and can be played with all musical instrument.
"Traditional music equipment and traditional music player feared would be extinct because the modern music industry is controlling the music industry nowadays. Therefore, efforts need to take to globalize this indigenous music. Among them is through hybrid method or combining the indigenous music with the global music element.”
“For example, the Music Studies programme in UMS is always making efforts to ensure the students to have skills and mastering modern and traditional instruments,” he said after the opening ceremony of Grand Recital Concert in UMS Recital Hall.
He added that the music industry now is expanding and able to offer lucrative income to the music activist. A commercial advertisement or film will always need music to enliven the atmosphere in the story.
“Music is now borderless with applications, in example YouTube is often used to promote music works that can be reached throughout the world. Hence, UMS hopes the Music Studies graduates can see the wider potential in music in, for their future career,” he said.
He also added a few efforts have been made in making sure the students are exposed to the globalization aspect by inviting a university from the Philippines in a choir performance and a musician from Japan to perform in a Music Jazz Performance last year.
The Grand Recital Concert is a final year project assessment where the final years Music Studies student will be performing in an orchestra. 26 performances will be assessing where 26 final year students will takes turn to be the conductor.
RTM Malaysia Music Director, Dato’ Mokzani Ismail was present as the external assessor to the project. -JA-