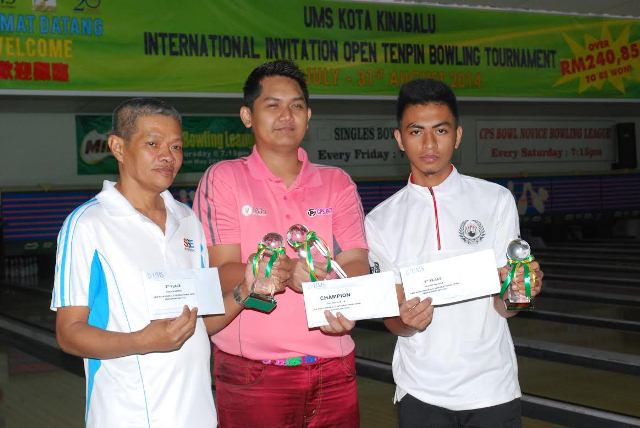 More interestingly, this tournament was also participated by top names in bowling such as Mika Koivuniemi from Finland, Paeng Nepomuceno and Biboy Rivera from the Philippines and Wang Yu-ling from Taiwan.

The tournament, which began on 26 August ended on 31 August at the Centre Point, Kota Kinabalu in conjunction with Malaysia’s 57th Independence Day celebration and offered a total cash prize of RM240,850 as well as motorcycles and bicycles.

Two categories namely Graded, opened to local players and International Open for players who were qualified after the heats.

“The organising this time was in conjunction with UMS 20th years of establishment this year. Through the involvement of participants, we helped promote UMS to the community,” he said.

He added that the tournament was sanctioned by the Malaysian Tenpin Bowling Congress (MTBC), the Asian Bowling Federation (ABF) and the World Tenpin Bowling Association (WTBA).

He added that this tournament was also endorsed by the Malaysian Tenpin Bowling Congress (MTBC), the Asian Bowling Federation (ABF) and the World Tenpin Bowling Association (WTBA).

“Due to the success and support, this tournament will be organised once in two years,” he added.