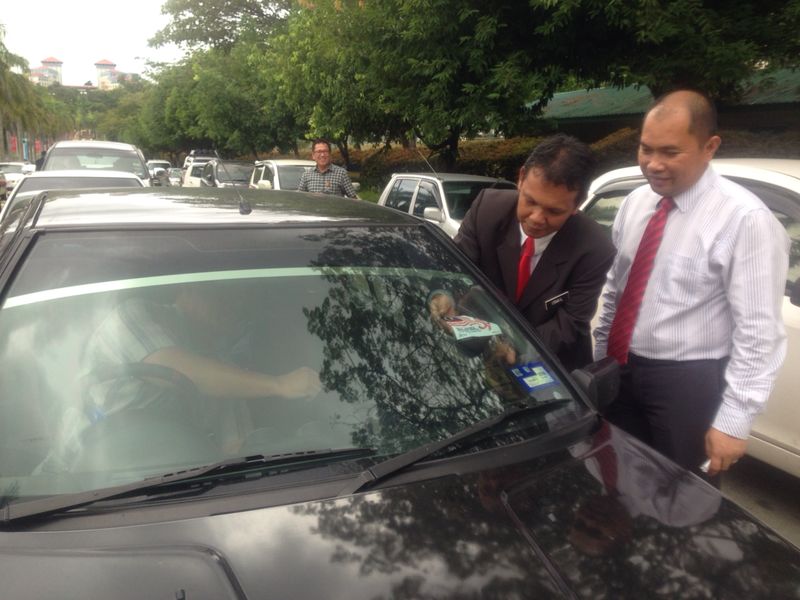 FRIDAY, 29 AUGUST – Universiti Malaysia Sabah (UMS) through its Corporate Relations Division (BPK) today began distributing more than 2000 pieces of stickers to all its campus community in conjunction with the month-long Independence day celebration.

The distribution is led by the Deputy Vice-Chancellor of Student Affairs and Alumni (HEPA), Assoc. Prof. Dr. Ismail Ali at the main entrance of the University.

According to the Head of BPK UMS, Azmi Jumat, sticker distribution is one of the university’s efforts to encourage the campus community to appreciate the meaning behind the independence.

“In addition to flying the Jalur Gemilang around the campus, distribution of stickers is an effort by the university to raise the spirit of partriotism among the campus community,” he said.

He added that the stickers also carried the theme of this year’s Independence Month ‘Di Sini Lahirnya Sebuah Cinta’, which was also one of the lines of the late Sudirman’s song entitled ‘Warisan’. – ZMD (fl)