CENTRE FOR STRATEGIC AND SECURITY STUDIES 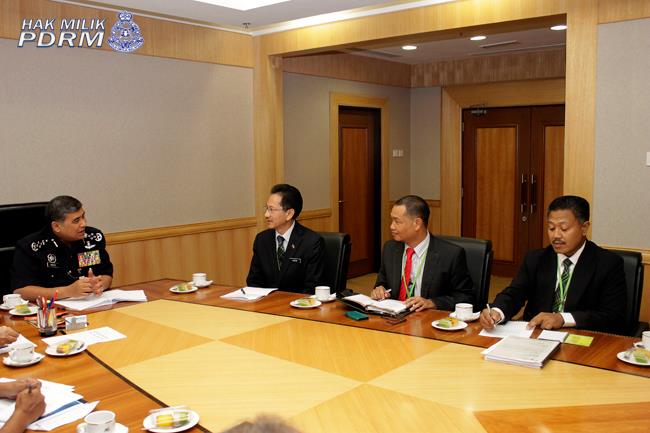 WEDNESDAY, 25 JUNE – Centre for Strategic and Security Studies,Universiti Malaysia Sabah(UMS)will soon be working on a collaboration with the Royal Malaysian Police (PDRM).This was disclosedby its Director, Dr. Zaini Othman after a closed-door meeting with UMS Vice-Chancellor,Prof. Datuk Dr. Mohd. Harun Abdullah and the Chief of Police, Tan Sri Khalid Abu Bakar recently. According to Dr. Zaini, the collaboration would be signed through the signing of a Letter of Intent(LoI) to be held in November this year.He said that in addition to strengthening the existing ties, thecooperation that would be formed would include aspects of research and academic besides sharingexpertise between UMS and PDRM.

“As a result of the meeting, we have agreed to hold a seminar on Border and National Securityduring the signing of the LoI. It is expected to be officiated by the Home Affairs Minister,Dato’ Seri Ahmad Zahid Hamidi,” he said, referring to Tan Sri Khalid as the keynote speaker of the seminar.Dr. Zaini added, the meeting also discussed UMS’ efforts in transforming its Security Guards to Auxiliary Police.