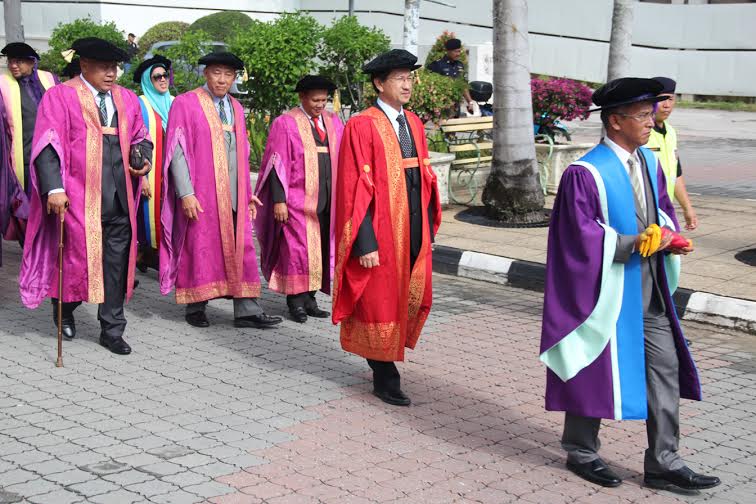 UMS Vice-Chancellor, Prof. Datuk Dr. Mohd Harun Abdullah said that the Town and Gown Parade Ceremony, held annually since 2009, was also a continuity of strong relations between both parties.

He also said UMS, as the 9th Public Institutions of Higher Education (PIHE) in the country, really needs the supports and strong cooperation with the local authority, especially Labuan Corporation in the Federal Territory of Labuan.

“The Town and Gown Parade Ceremony is a proved that there is a good relations and strong cooperation between UMS and Labuan Corporation,” he said.

The statement was said during the Town and Gown Parade Ceremony in conjunction with UMS 16th Convocation Ceremony, Federal Territory of Labuan level, held at Dataran Labuan, last Saturday.

During the ceremony, both students from Faculty of International Finance Labuan (FKAL) and Faculty of Computing and Informatics (FKI) received keys and certificates of appreciation as Federal Territory of Labuan symbolic gestures accepting the graduands as their community. -JA