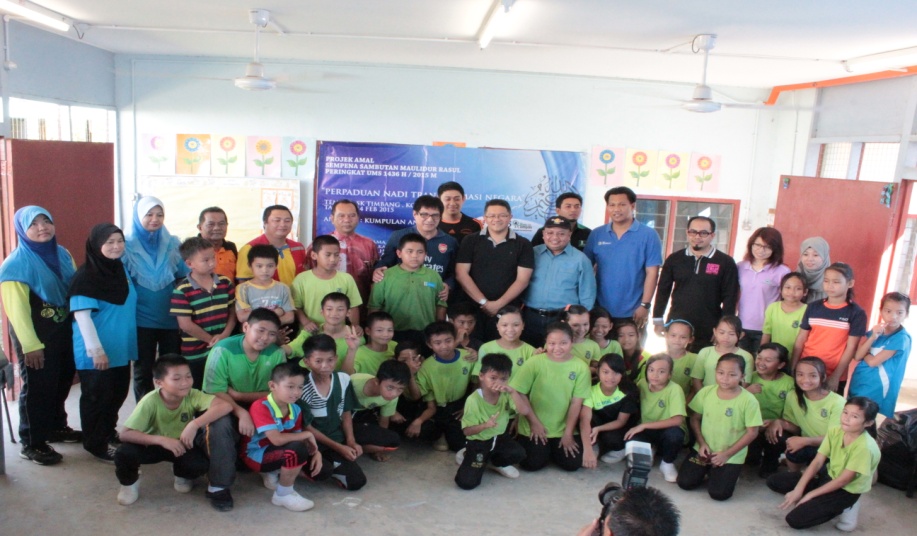 The club coach, Royneli Karso Dimis mention that UMS contribution in the form of a few boxes of football balls burn the fighting spirits within their team. This is the first time the school team have their own football balls.

“SK Timbang Football Team was the champion for last year North Zone football tournament. They were hoping to maintain their champion status during the tournament this 3rd until 4th March, 2015,” he also added that UMS present and contribution was indeed just at the right moment.

A standard six student, Irsyad Ilham Asrie, also voice his delight and thanks to UMS, especially to the group members of An-Nashir, for choosing SK Timbang to do their charity work project.

“Because of the flood recently, the school was affected and the damaged included student hostels and school’s library. Thank you UMS for your activities, it is very helpful for us, the students,” he said when met my UMS media.