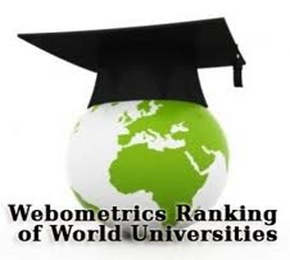 WEDNESDAY, 6 AUGUST – Good news to Universiti Malaysia Sabah (UMS) as the latest Webometrics ranking for UMS for the month of July 2014 has improved.
Currently, UMS is ranked 8th from 90 higher education institutions (IPT) in Malaysia, up two notch from the previous rating.
In the Southeast Asia region, UMS ranked 37th, Asian region ranked 441st and 1538th in the world.
In January 2014, UMS ranked 10th compared to 9th in July 2013.
According to the Director of the Centre for Strategic and Academic Management (PPSA) UMS, Prof. Dr. Marcus Jopony, the ranking in Webometrics either directly or indirectly showed UMS presence in the eyes of the world.
“This rating also reflects excellence in UMS website and its other centres particularly in terms of dissemination of information to the outside world and academic staff excellence in writing and in scholarly and scientific publications.
For the record, Webometrics rating is an academic rating system for higher learning institutions conducted twice a year, in January and July by Cybermetric Lab, the largest group of researchers in Spain.
The assessment is broken down into a number of criteria: Presence (20%), Impact (50%), Openness (15%) and Excellence (15%).
“The success of UMS in the rating reflects the commitment from all parties to the continuous improvement of various matters towards excellence of the University,” he further added. – CD (fl)