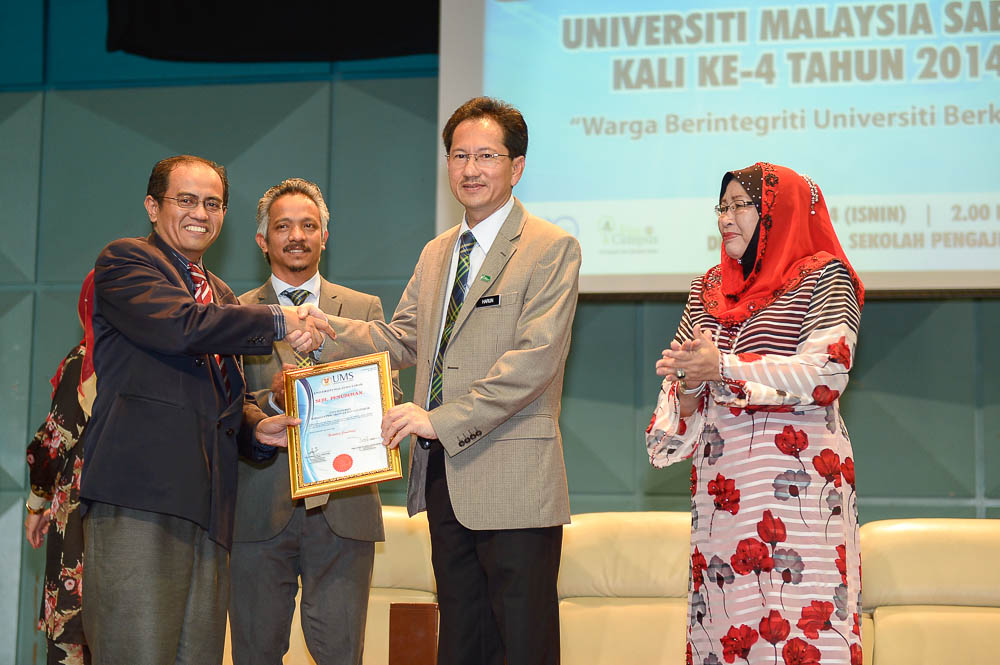 He clarified that this was to ensure all government servants practice an ultimate work culture with distinctive moral characteristics and ethics in the implementation of the six main thrusts on governance namely strengthening integrity, detection and confirmation, complaints management, compliance and discipline.

“Over the past year, two cases of disciplinary offenses were recorded and until April this year, one case was recorded. Thus, the establishment of this unit is to curb criminal misconduct and violation of code of conduct and organisational ethics among public servants.

“Hopefully, this Integrity Unit will contribute towards zero disciplinary cases in the future,” he said. He was speaking at the closing of the 4th Integrity Month celebration at the Dewan Resital (Resital Hall), UMS.

He also called on UMS community to embody the nature of these four characters as the backbone of integrity; honesty, trustworthy, wisdom and delivery.

“I believe the two main adversaries of integrity namely money (the cause of corruption) and power (the cause of power abuse) can be solved by practicing these four habits in our daily routine,” he stressed.

Various activities have been organised to celebrate UMS Integrity Month which started last March. Among them were promotion competition at JSPIU level, speech competition, a lecture by Chairman of UMS Board of Directors, Tun Dato’ Seri Zaki Tun Azmi; debates and workshop in enhancing integrity among UMS staff. – MA (fl)