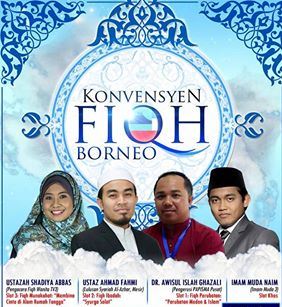 In his speech, he said the programme which was initiated by Friends of Faith UMS was timely in strengthening the Muslim faith among Muslims in UMS and its surrounding areas.

“This first of its kind programme held in Sabah should be continued, not to mention the price of the tickets that are very cheap which is as low as RM10.00 only. I applaud this bold step and hope that participation would also be opened to friends in Sarawak and Brunei Darussalam in future.” He said.

In the meantime, the programme Director, Mohamed Nasyaruddin Abd. Latip said that the response from participants was encouraging and welcomed the suggestion of having the convention continuously organised.

He did not anticipate the unexpected turnout by UMS students and the community around Kota Kinabalu.

The convention was divided into six slots which also had a question and answer session. – SS (fl)