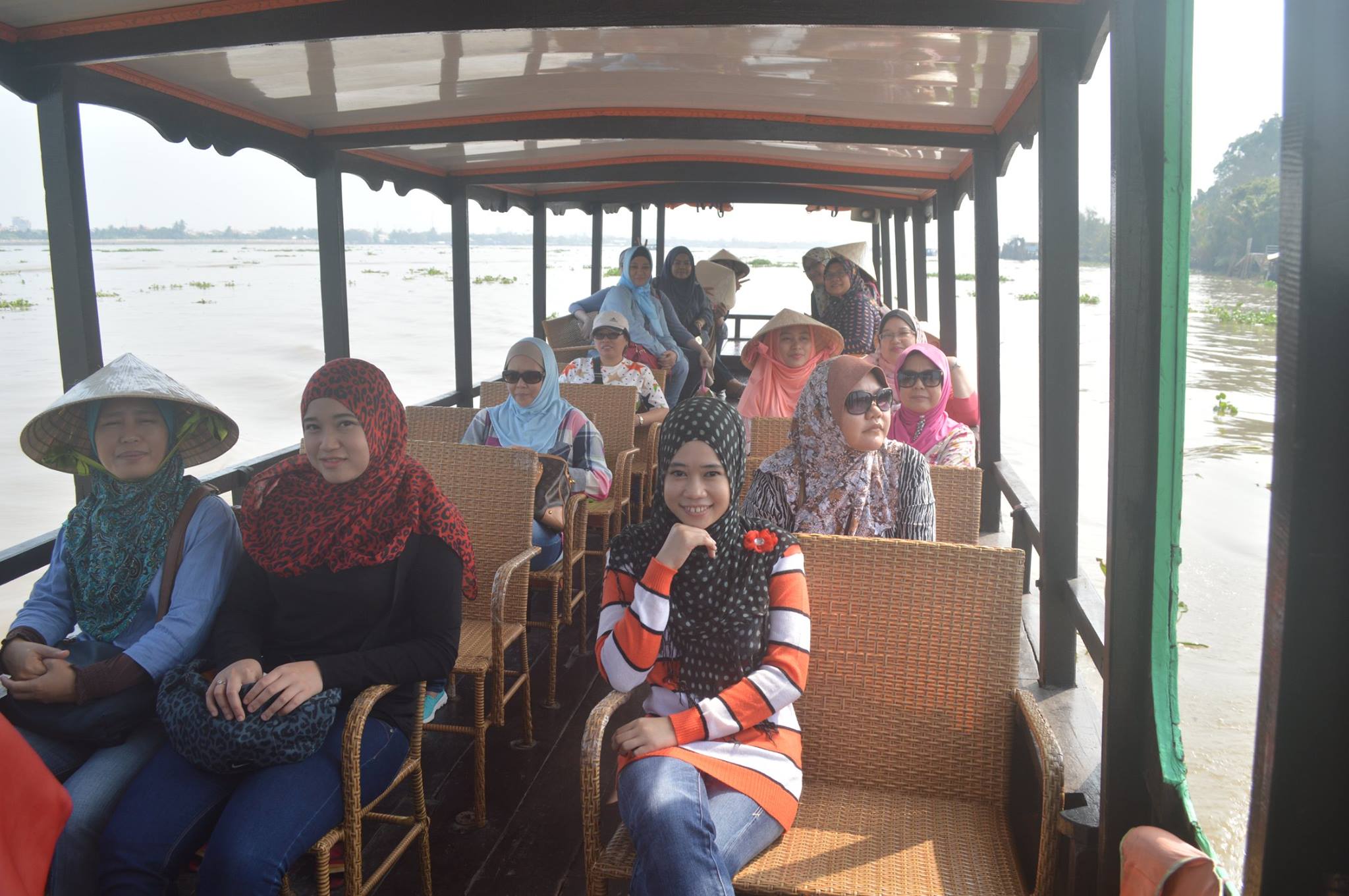 FRIDAY, 6 FEBRUARY – A total of 14 members of the Housewives and Women Staff Club (KESUMBA) Universiti Malaysia Sabah (UMS) including four family members were on  a study tour (LASBELA) to Ho Chi Minh City city, Vietnam from 29 January to 1 February.

According to a statement issued by KESUMBA, the visit was aimed to expose its members to the culture of the community of Ho Chi Minh city particularly in the cultural and development aspect .

In addition the programme also provided an opportunity for the delegation to visit some places like the Mekong River, Saigon Central Post Office, Reunification Palace and Notre Dame Cathedral thus promoting UMS at international level.

The statement added that the LASBELA programme to Ho Chi Minh city was also to increase the knowledge of its members to the history and culture of Vietnam.

The LASBELA experience to Vietnam became more meaningful for the tour group when they were given a surprise with a song by Sabah artist, Jimmy Palikat entitled ‘Tanak Kampung’ performed by a Vietnamese singer.

The study tour organised by the Bureau of Information and Communication of the Club was headed by the President of KESUMBA, Datin Baidah Ibrahim. – ZMD (fl)